Abia: APGA Wants To Rig The Election, Not Ikpeazu Nor PDP 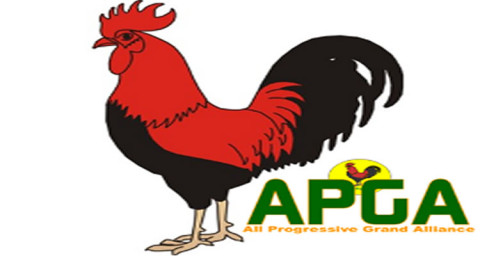 I read the article of one Nnanna Ijomah published in some internet news outfits with dismay. The article was titled “ABIA ELECTORATE AND THE FEAR OF ELECTION RIGGING” and I wondered why such crass title.

To create unnecessary fear in the minds of Abia people was what Ijomah wanted to achieve with his article, but he will not succeed. Since I have been reading, I have not come across an article as incoherent and baseless as Ijomah’s article.

Even though that it was his opinion that he was expressing, but not all opinions are acceptable. Ijomah’s opinion was laced with political underpinning and we do not need to dig far to understand whom Ijomah was working for: Alex Otti.

He demonized Governor Theodore Orji of Abia State for the exaltation of the imitation APGA Dr. Alex Otti. Labeling the governor as an impostor was an argument taken too far by that analyst.

Governor Orji did not pick any candidate, let alone, Dr. Okezie Ikpeazu (PhD). The people of Abia wanted Ikpeazu and the PDP delegates had to cast their votes which turned out to be in his favour.

This is the way many of us are in this country: when something did not favour us we shout hoax, but if it favours us, we shout that it is the handiwork of God that we must succeed.

I want to say that it is the handiwork of God that Ikpeazu has to win the PDP governorship ticket in the state and not the handiwork of the governor. If the governor wanted to coronate anybody he would not have said that power must shift to the Ukwa/Ngwa area, but chose somebody from his clan in Umuahia.

The governor who is bent on maintaining equity and fairplay in the state shifted power to the Ukwa/Ngwa area for all to taste power. If any past governments in Abia had rigged in any elections, that government is not the government of Governor Orji and will never be.

The governor means well for the people of the state. It is only in his administration that opposition political parties are heard and their voices allowed to count. If the governor was inhumane as Ijomah wanted us to believe, he definitely would not have allowed many of his critics to be; but he allowed all to exercise their rights to free speech.

It is convenient to say that the people of Abia State should not buy into that thoughtless sermon by Ijomah. The governor will not rig any election in the state and has not done such in the past. What is expected of the Abia electorate is to cast their votes for Dr. Ikpeazu. Their votes would count.

It is categorically clear that it is the APGA that wants to rig the Abia elections and is giving the dog a bad name to hang it. The PDP remains the party to beat in the state and Dr. Ikpeazu remains the only credible candidate that can take Abia State to the next level. We have to vote for him.