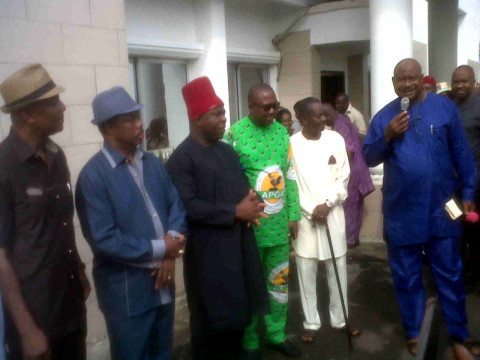 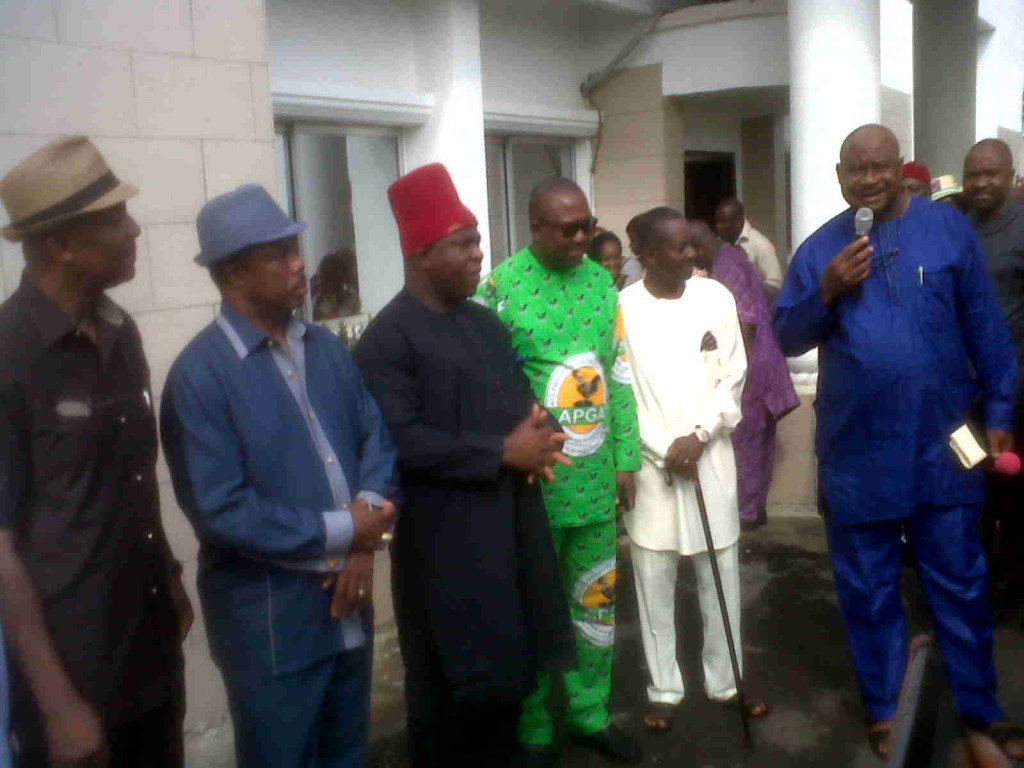 As a way of reciprocating his kind gesture of being neutral and non interference in the just concluded Governorship election in Anambra state,  victorious All Progressive Grand Alliance APGA, says it would not field any candidate against president Goodluck Jonathan in the 2015 presidential election. 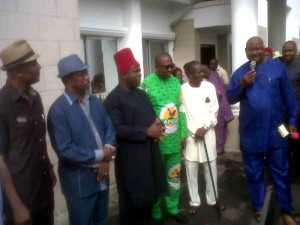 According to the party, apart from the fact that the governor Peter obi led   APGA, administration impressed the people of the state with overwhelming infrastructural development, the neutrality of the president in the polls was also a serious positive factor for the realisation of the feat.

Addressing newsmen sunday in Awka, along side its National chairman, Sir Victor Umeh, and governor- elect, chief Willy Obiano, as well as  chieftains of the party on its Saturday’s victory, leader of APGA and governor of Anambra state, Mr. Obi, said the best way to reciprocate the president Jonathan’s gesture was to give him full support in 2015.

He said  “I want to first of all express our gratitude to God Almighty for giving us this victory, and also thank president Goodluck Jonathan for his commitment in promoting democracy in the country.”

He remarked that “it is not easy to see a president whose party is contesting an election with opposition incumbent party, staying neutral without using federal might to manoeuvre things.

“By this singular act, president Jonathan, has once again, demonstrated that he is indeed, a true democrat and ardent believer in the wish of the people.” He explained

The governor, also applauded the Independent National Electoral Commission INEC ,the media, and security agencies in their roles in making the election a huge success, devoid of violence.

In his brief remarks, the Governor – elect, chief Obiano, had thanked the people of Anambra state for believing in him and  APGA, assuring that he will not disappoint them.

The Banker turned politician however, promised to continue with all the good  programmes and policies of incumbent governor Obi, when assumed office come march 17th, 2014.

He said “even though, the victory did not come to us as a surprise, because of the good works our governor, Peter Obi has done and still doing in the state, we still acknowledge the fact that  president Jonathan and INEC National chairman, professor Atahiru Jega deserve commendation.

“The election was very transparent, because INEC lived up to expectation, so, we are calling on the electoral body to keep the flag flying.

African Examiner’s reporter reports  there had been wild jubilation in Awka, the Anambra state capital by supporters and members of APGA, since news of the victory filtered into the city.