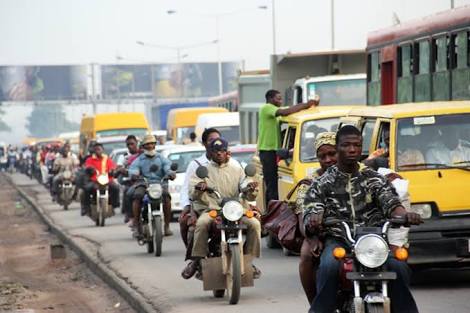 LAGOS, NIGERIA (AFRICAN EXAMINER) – The Court of Appeal sitting in Lagos has affirmed the judgment of a Lagos High Court upholding the constitutionality of Section 3 of the Lagos State Road Traffic Law 2012 which restricts commercial motorcycles popularly known as Okada from plying some routes in the State.

The Appellants (The Incorporated Trustees of All Nigerians Autobike Commercial Owners and Workers Association (ANACOWA) and other persons via an Originating Summons, had approached the High Court of Lagos State contesting that Section 3 of the Lagos State Road Traffic Law 2012 violated their right to freedom of movement and sought an order of the Court to declare the Section unconstitutional.

However the Court of Appeal held that Section 3 of the Law was not ultra vires the powers of the Lagos State House of Assembly to enact laws for the State.

The Court further ruled that the Law was enacted with the overriding intention to protect the interest of the public, provide environmental sanity and reasonably justifiable for a society like Lagos State.

In a related development, the Appeal Court in Lagos has upturned the judgment of a Federal High Court in Lagos awarding $5,707, 297.90 (about N2bn) against the Lagos State Government over a disputed property in Victoria Island area of the State.

Former Chief Judge of the Federal High Court, Justice Dan Abutu, had in a judgment delivered on November 2, 2007 awarded the sum as special damages and N10,000,000 as exemplary damages against the Lagos State Government over alleged illegal entry into the said property located at No.1A Ozumba Mbadiwe, Victoria Island, Lagos by men of the State’s Special Task Force on Environment.

Dissatisfied with the judgment of the lower court, the State Government filed a notice of appeal, and asked that the judgment be reversed for lacking in merit.

The Appeal Court, in its judgment delivered by Justice S.C Oseji upheld the arguments of the Honourable Attorney General of Lagos State, Mr Adeniji Kazeem, saying that there was merit in the appeal.

In arriving at the judgment, the Appeal Court held that the contention of the Lagos State Government that the respondent failed to strictly prove the special damages it claimed was justified, adding that this was fatal to the first Respondent’s (Zanen Verstoep) case.