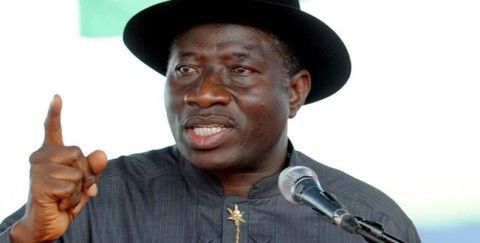 This was contained in ACF statement titled ‘Insecurity and Government Ineptitude,’ and signed by Col. JIP Uba, which was made available to Newsmen on Thursday.

The ACF statement reads: “The Rapid Response Committee of the ACF met on Wednesday, the 14th of May, 2014 at the Forum’s Headquarters, Kaduna.

The meeting reviewed the current state of insecurity in the country and resolved to issue the following Press Statement:

“That the response of the Federal Government, particularly President Goodluck Jonathan and his wife, Dame Patience Jonathan, to the abduction of over 200 students by Boko Haram from the Government Girls Secondary School, Chibok, Borno on the 14th of April, 2014, is disappointing.

“The President approached the abduction with neither a sense of urgency, nor seriousness, until ordinary Nigerians poured out on to the streets demanding greater action. The first lady remained characteristically disruptive of all efforts by concerned Nigerians. Her reaction to the street protests was to set up her own panel of inquiry, to which she summoned federal, and state government officials, including the wives of Governors. She conducted a mock trial of the officials on live television, and at the end of it, declared that no schoolgirls were missing, suggesting that the entire story was some hoax, constructed to embarrass her husband.

“The approach of the President to the tragic abductions of the Chibok girls, is not much different from his handling of the entire insurgency war that has engulfed the North, especially the North East region since 2009. Even the President’s most ardent supporters readily agree that his prosecution of the insurgency war has been hesitant, feeble, and half-hearted. The President hardly ever took action until he came under pressure to do so from people outside his government. The mounting pressure from local and international communities is now compelling him to talk of deploying more troops to confront the Boko Haram insurgents. His belated acceptance of help from foreign powers had come only after the abduction of over 200 young girls, stirring worldwide outrage.

“Under the circumstances, it is not difficult to understand why people ask in frustration, why the President acts the way he does. Is it the result of inexperience, poor advice or, as some observers say, a certain hidden agenda against a section of the country? Whatever is the reason, the people of Nigeria have a right to demand from their President to execute the duties of his office, without fear or favour, in accordance with the oath of office to which he had sworn. As it is, President Goodluck Jonathan stands in violation of that oath.

“We caution that the request before the National Assembly to approve the extension of the year-long state of emergency declared in the North East states of Borno, Yobe, and Adamawa, be considered against its impact so far, which can only be described as disastrous. Before the State of Emergency was declared in the three states, between 2009 and 2012, the total causalities of the insurgency were less than 1,500. But this figure skyrocketed to over 2,700 during the one-year of the emergency, according to figures released by Amnesty International. During the emergency rule, Boko Haram had attacked and destroyed a large swathe of areas in the North east, including (18) eighteen towns, and cities not counting schools, mosques and churches.

“It remains to be added that a majority of Nigerians, Muslims and Christians, accept that the Boko Haram insurgency is a fight against the whole country without regard to religion or ethnicity. However, there is a small vocal minority who erroneously claim otherwise. It is on record that almost all locations attacked by Boko Haram are populated by mostly Muslims who are invariably the main victims. We should never forget that Boko Haram will be over-joyed to discover that their activities are causing suspicion, animosity and even conflict among Muslims and Christians in the country. We must deny them that victory.

“The government has earlier announced that it is considering all options available in rescuing the abducted Chibok girls. That includes, presumably, the Boko Haram’s offer to release the girls, in exchange for the release of their own members in detention. It is imperative that the government exercise caution in handling these options. It has to be stressed that the safety and freedom of these hapless girls must be the overriding consideration.”