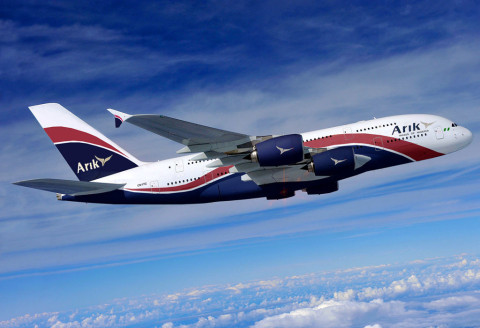 Owing to the growing flight delays and cancellations without any compensation by the management of Arik Air, the Nigerian Civil Aviation Authority, (NCAA) has summoned the management of the airline to an emergency meeting. 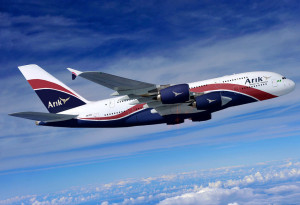 One of the latest disappointments was the more than 14 hours delay of Flight W3 077 (FNA/BJL) Freetown and Banjul on Friday, 2nd May, 2014.

Another Arik Flight W3 792 scheduled service from Ibadan to Abuja was also delayed at Ibadan Airport on Saturday 3rd May, 2014. The service was to depart at 15:15hrs but did not leave until 18:25hrs.

The meeting, according to the General Manager, public affairs of the NCAA, Fan Ndubuoke, was consequent upon several complaints received by the Directorate of Consumer Protection (DCP) of the NCAA from passengers, who were scheduled for Arik Air’s combined service to Freetown and Banjul on Friday, 2nd May, 2014.

Ndubuoke said, “The flight scheduled for 8.00hrs was delayed till 10:00hrs but was later rescheduled to 12:00hrs.The departure was again moved to 15:00hrs with verbal notification from the airline officials.

At 15:00hrs, there was an announcement that the Flight had been further delayed for one hour due to operational reasons. At 16:00hrs, the anxious passengers were once again informed of a further delay to 21:35hrs.

At this stage, NCAA’s Consumer Protection Officers who were on hand to intervene and compelled the airline to serve the passengers light refreshment at 18:07hrs.

When it became clear that the flight would not depart at 21:35hrs, the passengers who had become enraged took over the Boarding Gates, thereby preventing the commencement of boarding of another Arik Air service Flight W3 103 to Johannesburg.

On the delayed Arik Flight W3 792 scheduled service from Ibadan to Abuja, the airline’s officials said calls were earlier put across to all passengers on the service to inform them of the rescheduled time of departure, a claim disputed by the passengers.

All attempts by the NCAA’s Consumer Protection Officer to prevail on the airline officials to provide refreshment for the passengers were declined.

Consequent upon the above, NCAA has summoned the management of Arik Air to explain the circumstances that led to the long delay of the service and to determine whether the airline complied with the requirements of the Nigerian Civil Aviation Regulations (NCARs) in the treatment of the passengers on these flights.

However, Ndubuoke assured Nigerians that NCAA will continue to ensure that the safety and comfort of air travelers are not compromised by any airline or other aviation service providers.