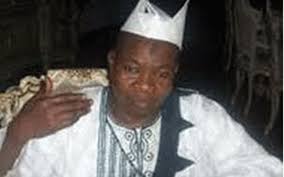 President Goodluck Jonathan has described the late philanthropist, Ahaji Abdul Azeez Arisekola-Alao as a man who lived a fulfilled life.

The President’s condolence message to his family and people of Oyo state was contained in a statement issued yesterday in Abuja, by his Special Adviser on Media and Publicity, Dr. Reuben Abati.

Meanwhile, Governor Abiola Ajimobi of Oyo State has sent a delegation, comprising Secretary to the state government and Speaker of the State House of Assembly, Rt. Hon. Monsura Sunmonu to London Hospital where the late prominent Muslim Chief breath his last around 1.30pm on Wednesday  to arrange for return to Nigeria, of his remains today.