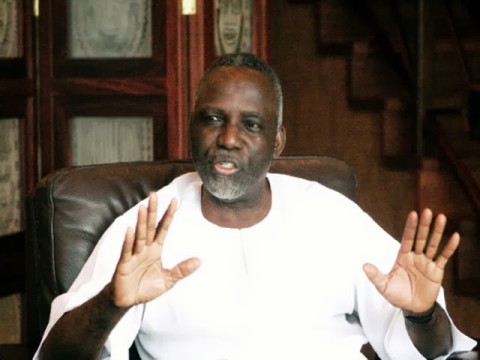 AFRICAN EXAMINER gathered that the former Minister of Power, Professor Barth Nnaji, hails from the affected Umuode community. The two warring communities had been at war for several years now.

It would be recalled that the crisis claimed the life of a traditional ruler Igwe Peter Onuoha of Nkerefi and some of his supporters on July 11, 2015 at his palace.

Our Correspondent gathered that the parish Priest of the Church, Rev. Fr. Chris Ikegwuonu, escaped death during the attack, as he was away on missionary activities when the hoodlums struck.

Addressing the affected community shortly after visiting the scene and home of ex- Power Minister Nnaji, Enugu State Governor, Ifeanyi Ugwuanyi, assured that Enugu State Government will thoroughly investigate the present incident and do the needful to restore peace which has eluded the area for years now.

The Governor, also visited the rival community – Oruku, where he also addressed the members of the community and equally assured them that his administration would work hard to restore peace to the area.

Speaking to newsmen, the Parish Priest, Fr. Ikegwuonu lamented on the attack and said that he lost everything in the house, that not even a pin was salvaged.