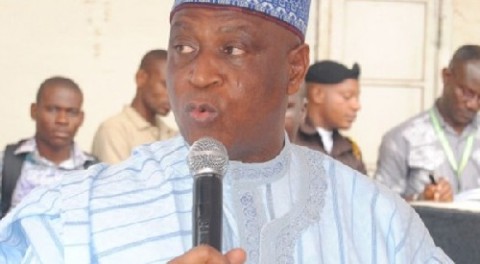 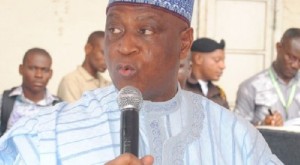 The National Chairman of the new Peoples Democratic Party (nPDP), Alhaji Abubakar Kawu Baraje, has requested all members of PDP worldwide to embark on seven days fasting and prayers commencing from Monday, 16th of September 2013.

The call for fasting prayer was contained in copy of news release to The African Opinion signed by the new PDP spokesperson, Chief Eze Chukwuemeka. According the release, “this spiritual intervention is as a result of the concern of the Baraje-led PDP for the plight of parents and our children due to the continued closure of public universities following the strike by the Academic Staff Union of Universities (ASUU) to protest the Federal Government’s failure to keep the agreement it signed with the Union in 2009”.

The complete text of the statement reads:

“It has become imperative to seek the face of God over this matter considering that all efforts to resolve this unwarranted strike have failed woefully and considering the socio-economic damage this strike has caused both parents and our children. We are confident that our resolve to go to God will succeed as the importance of fasting and prayers cannot be over emphasized

To say the least, we are shocked that the government inflicting this monumental hardship on Nigerians is a PDP Government popularly elected by majority of Nigerians and run by a President who was once a University Lecturer. In this regard, we wish to plead with Nigerians for forgiveness on behalf of the PDP Government at the centre, which could have avoided this costly strike. We wish to assure all Nigerians that as a party we will surely find a way to end this shameful situation.

“Meanwhile, Alhaji Baraje has set up a four-man Committee with His Excellency, Gov. Babangida Aliyu of Niger State as Chairman to advise the party on the best way to get the Federal Government’s Negotiating Committee and the leadership of ASUU to reach an agreement on the issues at stake and thus end this three-month-old strike. Other members of the Committee are His Excellency, Gov. Murtala Nyako of Adamawa State, Hon. Chinwo Ike, President of UNIPORT Alumni, and Mr. Timi Frank, the PDP National Youth Leader.

“We sincerely solicit the patience of Nigerians while appealing to both the Federal Government and the leadership of ASUU to end this imbroglio so that our children may go back to school instead of engaging in acts inimical to their future. The need for this has become urgent as reports reaching us indicate that many of these students have out of frustration and boredom turned to prostitution, armed robbery and other vices due to the prolonged industrial action.

The Police no Longer Has Any Reason to Seal Our Secretariats

“To the glory of God, contrary to the prayers of Alhaji Bamanga Tukur’s faction of PDP, a Federal High Court in Abuja on13th September, 2013, once again ruled that the Baraje faction of PDP should be allowed to operate without any further harassment or inhibition as it is not breaking any known law. Justice E.S. Chukwu in his ruling held that there was no evidence before the court to show any tardiness on the part of Baraje’s faction as claimed by the Tukur-led faction, which requested it to stop the Baraje-led PDP from operating.

“In view of this ruling, the Police no longer has any valid reason (it never did, anyway) to continue to seal our Secretariats. We, therefore, wish to appeal to President Goodluck Jonathan to save the Police from the plot to ridicule it by using it to perpetrate illegalities such as sealing the lawfully-acquired National Secretariat of PDP and our Secretariats in states like Rivers, Bayelsa, Kaduna and Kwara. The powers that be should as a matter of urgency stop projecting and portraying the Police as a tool of injustice and attack on the perceived political opponents of Mr. President.

“On our own, we will continue to use the Judiciary to prove to Tukur’s faction that the days of running the affairs of our great party with impunity and high-handedness are gone for good. The time has come for him to correctly read the handwriting on the wall and honourably throw in the towel along with his National Working Committee.