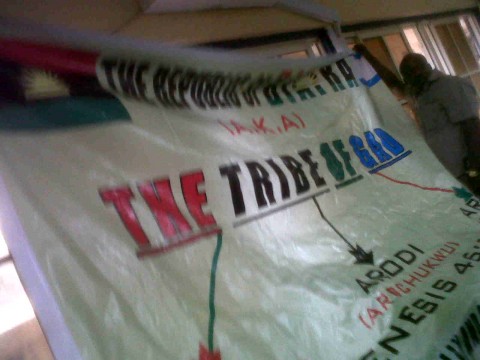 Enugu state police command on Monday hinted that the hoodlums that attacked the Enugu Government House in the early hours of Saturday are members of the Movement for the Actualization of Sovereign state of Biafra MASSOB. 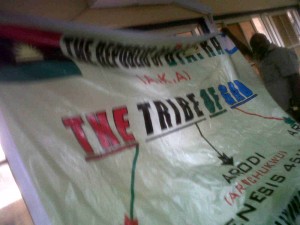 Abubakar Adamu Mohammed, the state commissioner of police (CP) who disclosed this to newsmen in Enugu, said the invaders have made some useful statement to the police, including revealing names of their sponsors.

He gave names of the arrested suspects to include, Ifeanyi Chukwuma, Francis Nwokeocha, Sunday Okafor and Shedrack Onwukaobi, all from Anambra state.

According to the Enugu CP, who refused to reveal the identity of their alleged sponsors, for security reasons, said the four suspects would soon be charged to court.

He said after interrogation, the invaders confessed that they had gone to the Enugu state seat of power to hoist their flags, so as to indicate that Biafra has taken over Enugu state.

Our correspondent gathered that the hoodlums, had planned to hoist the Biafra flag in Enugu government House as the former Regional headquarters of old Eastern Region, after which they would move to others states of south east geo political zone.

“I want to confirm to you that all of the arrested suspects are now helping us in our further investigation” the CP stated.

Mohammed said, “They have confessed that they were given the assignment of hoisting the Biafran flag in Enugu government House by some people,” whom the police have lunched manhunt on.

Some of the inscription contained in the giant Biafran banner recovered from the suspects by the police, includes, “The Republic of Biafra, (AKA), the tribe of Gad”

“Amalgamation dissolved, Biafra an ally and supporter of Isreal” amongst others.

Recovered from the suspects by the police, were scores of Biafran flags banners, cutlasses, and charms.

Meanwhile, leader of MASSOB, chief Ralph Uwazurike, has dismissed the police claim, saying the arrested persons are not his members.

Uwazurike, who reacted shortly after the police briefing via phone, advised the security operatives to charge the arrested persons to court, “because it is only the court that could really ascertain their true identity.