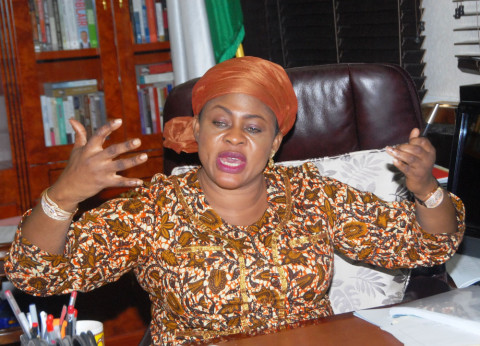 Following the recent shake-up in the Nigeria Aviation sector and the sack of the minister, Mrs. Stella Oduah, the Air Transport Services Senior Staff Association of Nigeria (ATSSSAN) has urged the new Executives to learn from the mistakes of their predecessors. 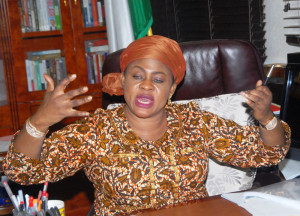 Deputy General Secretary, ATSSSAN, Comrade Olayinka Abioye, told African Examiner that the removal of the Head Of Aviation Agencies was expected noting that it has become a tradition in the sector that when a minister is removed, every Chief Executive Officer that works under the ministry will be affected.

Abioye, said, “This new removal is nothing new except the personnel that are now brought in is another matter entirely, for us, we are here, we are watching and we are hoping that as these Nigerians take over the reign of governance in the respective parastatals, they will learn from the mistake of the past chief executives and do well not only to safeguard the interest of the workers who by law, they are supposed to protect and should also ensure that the industry runs functionally as expected of them.

“The former Minister left a legacy, we also expect the new minister to look through the books and see exactly where the ministry has done well and to move on from there also look at where it has also not done well and learn from there.”

As the ministry awaits the confirmation of the new DGs, former Maintenance Engineer of Nigeria Airways (MENA), Engineer Sheri Kiare, said the sweeping changes that took place in the aviation industry is not a surprise, rather it is expected that government will move some Directors out of the industry within a short time.

“When new personnel take over in the ministry, they will want study the industry maybe for one year but starting to put their programms together, suddenly, they are gone. I will like to advise government to institute ‘tenureship’ for the six agencies in the ministry. Also, government should demand from the Chief Executives, yearly report of whatever they are doing which can be audited also put them on their toes to do better in their respective endavours.” He advised

Engineer Sheri Kiare, however expressed shock over the removal of the Director-General of Nigerian Civil Aviation Authority (NCAA), who he said should not have been removed as he was appointed by the Senate.

Meanwhile, former Chairman of Airlines Operators of Nigeria (AON), Dr. Steve Mahonwu, disagreed with the norms that when a Minister is gone, the Chief Executives and Directors that work with the minister must also go.

Mahonwu said, “I don’t believe in that philosophy, that culture is wrong; it is bias, unbelievable and unattainable, we don’t need to copy what others do and practice same here, this is a sovereign nation where we practice things as it suits us in accordance with the rule of our constitution, we don’t need to copy from Britain, Ghana or anywhere.