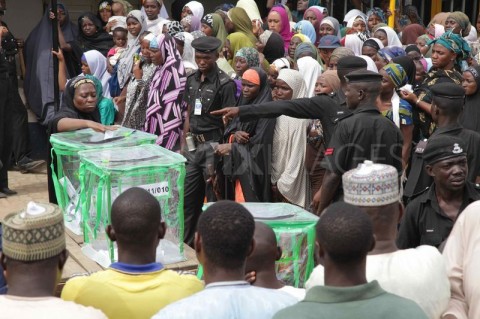 The Lagos State Independent Electoral Commission (LASIEC), has linked inability of the body to conduct another local government election in the state this year, to the awaiting approval on request for creation of additional wards.

LASIEC Chiarman, Justice (Rtd) Fatai Adeyinka, made  the  disclosure Monday during a plenary session with the state Legislators in Alausa, Ikeja. 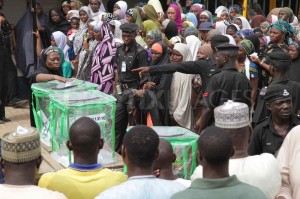 Justice Adeyinka who revealed that there were other recommendations by LASIEC, stated the current voters’ register used in the last – 2011 LG’s poll also needed to be updated.

“We need an updated voter’s register which is with the Independent National Electoral Commission, (INEC), and we have requested for this but INEC is not willing to release it.

“We don’t want to conduct the election with the voter’s register on ground because it does not contain the addresses of electorate.

“Until these constraints are resolved, we won’t be able to conduct elections into the local governments, LASIEC Chairman affirmed.

The Deputy Speaker of the state House of Assembly, Hon. Taiwo Kolawole in his response stressed the House could not allow a vacuum at local government level, just as he noted the current LG chairmen tenure would end next month.

Hon Taiwo noted that since the commission could not conduct election with incomplete voters’ register and lacked constitutional right to create additional wards, he directed the House Leader, Hon. Ajibayo Adeyeye, to work with the House Committee on Judiciary, liaise with the executive arm of the state government and come up with an appropriate law, pending the conduct of fresh election into the 20 LG’s and 37 LCDA’s of the state.