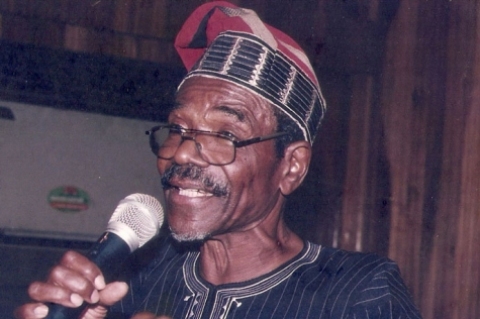 The remains of the renowned economist and revolutionary activist, Comrade Adewole Babarinde Omojola Ajibola, will be laid to rest on Friday, November 15, 2013 at Ikoyi cemetery. 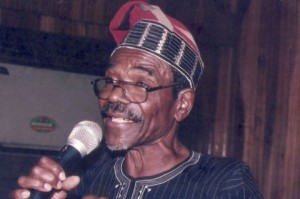 Baba Oluwide Omojola, 75, died on Saturday, October 19, 2013 in Akure, Ondo State, a day after he presented copies of the PRONACO People’s Constitution and other documents to the Presidential Advisory Committee on National Dialogue led by Dr Femi Okurounmu.

The deceased first child, Mr. Akinola Ajibola, who spoke on behalf of the family members at a press conference while revealing the week-long burial ceremony, said the one-week funeral event will be graced by socialists and other human rights activists.

The burial ceremony which has commenced on Monday, November 11, will be rounded up on Saturday, November 16 with an outing service at Indigene Faith of Africa (Ijo Orunmila Ato) on 90, Freeman Street, Ebute Metta, Lagos.

Climax of the burial programme released by the family, will be the Tributes Galore planned for Thursday, November 14 at the Indoor Sports Hall of the National Stadium, Surulere, Lagos from 10 am – 3.30pm and a Solidarity Night featuring musical rendition, cultural display, poetry, tributes and candle light procession scheduled from 8pm till dawn.

These will be interrupted by an Interdenominational Service to be coordinated by Bishop Atilade between 4 – 5.30pm and a Traditional Wake-keep by Indigene Faith of Africa (Ijo Orunmila Ato) from 5.30 – 6.30pm.

A Public Walk with the remains of Comrade Baba Omojola which will hold from the Lagos State Teaching Hospital (LASUTH), Ikeja – through Maryland – Ikorodu Road to his residence on 13, Onitana Street, Surulere, Lagos will commence by 7am on Friday, November 15.

This will be followed by Lying in State in the family house at 13, Onitana Street, Surulere, Lagos and a service by Ijo Orunmila Ato at the Indoor Sports Hall of the National Stadium, Surulere, Lagos between 10.30 – 11.30 am, on the same day.

The body will leave for internment at 1.15pm while entertainment of guests will hold between 1.30 – 7.30pm at the Indoor Sports Hall of the National Stadium in Surulere, Lagos.

Other highlights of the burial event include a Road Show from Tai Solarin Square, Yaba to Community Playing Field at Rasaq Balogun Street, near Baba Omojola’s residence in Surulere, which is scheduled for 11am on Tuesday, November 12 and a Cultural Display at the same venue between 2 – 6.30pm on the same day.