Baraje’s PDP Asks Elders to Save Party from Imminent Doom 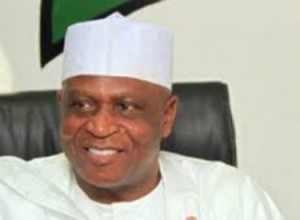 The new PDP National Publicity Secretary Eze Chukwuemeka Eze  said in statement today that, “After a careful review of developments in our troubled party, PDP, the New Peoples Democratic Party (nPDP) wishes to make a passionate appeal to PDP Elders to take urgent steps to rescue the party from imminent doom.

“We are forced to cry out because of the unbelievable silence of our revered Party Elders in the face of the chain of developments instigated by factional National Chairman, Alhaji Bamanga Tukur, which has put the party at the edge of precipice”.

The press statement  reads in full:

“Tukur’s latest act of impunity is the illegal suspension of four pillars of the party in the persons of Alhaji Abubakar Kawu Baraje, erstwhile National Chairman of PDP; Prince Olagunsoye Oyinlola, the incumbent National Secretary of PDP; Dr. Sam Sam Jaja, immediate National Deputy Chairman of the party; and National Vice-Chairman, North West, Ambassador Ibrahim Kazaure. What is more, Tukur did not stop at that but asked them to appear before an illegally constituted Disciplinary Committee under the Chairmanship of Alhaji Umaru Dikko, a non-party member who is currently the National Chairman of another political party, the United Democratic Party (UDP).  What a fallacy!

“Tukur has vowed that even the Supreme Court cannot force him to reinstate Prince Oyinlola as the National Secretary of PDP, not to talk of any member of the party including the National Leader of PDP, President Jonathan!

“He has also boasted that nothing would stop him from ensuring that the G4 comprising the alleged suspended party chiefs enumerated above are expelled as he has concluded plans with his hawks that these four must be thrown out of the party by Wednesday, November 27, on a fathom excuse alien to the constitution of PDP.

“As if that is not enough, Alhaji Tukur has also told whoever cares to listen that the proposed peace meeting of President Goodluck Jonathan and the G7 Governors cannot see the light of the day as long as he is the National Chairman of PDP. Instructively and shockingly, the meeting which was scheduled to be held last night was put off at the last minute by Mr. President, who is the PDP National Leader, despite publicly announcing that he was fit again and set to resume work last night upon his return from his London trip. God help us all!

“We ask: Why are the founding fathers of PDP keeping mum while Tukur and his misguided collaborators are hell bent on destroying our party and making it vulnerable before the 2015 general elections? Where is Alhaji Atiku Abubakar, erstwhile Vice President of the Federal Republic of Nigeria, who recruited this man into the PDP through Chief Nath Yaduma? Why is he keeping quiet while the party he sacrificed all to establish is being destroyed by his kinsman? Where are the Dr. Alex Ekwuemes, Prof. Jerry Ganas, Cheif Audu Ogbes, Chief Barnabas Gemades and all those who risked their lives to ensure that PDP was formed to challenge the military? Why are these greats allowing a single man to ruin PDP, once touted as the poster boy of democracy in Africa? Where is General Abubakar Abdulsalami, who under his watch this great party was born? Where is Chief Tony Anineh the longest serving BOT Chairman of PDP? Where is erstwhile President of the Federal Republic of Nigeria, Chief Olusegun Obasanjo who prepared PDP to rule Nigeria for the next 100 years? Why are they maintaining grave and grievous silence and allowing this great institution to be reduced as an opposition political party in their life time?  We weep for our dear party that has become a laughing stock in the comity of nations! Oh! What an unspeakable tragedy!

“Today, our party has been reduced to a laughing stock. PDP is now known as the party that does not know the supremacy of figure 19 to 16 following the strange refusal to recognise Governor Chibuike Amaechi, who roundly defeated Governor Jonah Jang during the last Nigeria Governors’ Forum election. By the same token, Tukur and his cohorts chose to identify with minority members of the Rivers State House of Assembly (only five members) over and above the greater 27 members. And our leaders are all keeping quiet as if we all are under a spell!

“Tukur’ desperation to illegally expel the G4 is yet another manifestation of the impunity which started with the unjust, unfair and unconstitutional dissolution the Adamawa State Executive Committee of the party, followed by series of other unjust acts of impunity including the dissolution of the Rivers State PDP Executive and the suspension of the Governor of Sokoto State for allegedly not receiving Alhaji Tukur’s phone call.

“Yesterday it was the Governors of Adamawa, Rivers, Sokoto and Kano and their colleagues in G7. Today it is the G4. Who will Tukur’s vindictive and visionless leadership consume tomorrow? If we all don’t stand up to these people we shall all be victims of their impunity and injustice. Beyond that, they may even destroy, not only the PDP but, indeed, the very fabric of our democracy.

“We therefore call on our revered Party Elders and other well-meaning Nigerians to rise up with one voice and one purpose to put a stop to all forms of impunity and injustice by the group that parades itself as the National Leadership of the PDP located at Wadata Plaza in Abuja. The battle should not be left to the New PDP alone because, as the ruling party since Nigeria’s return to democracy in May 1999, the country’s fate is also tied to the fate of PDP”.