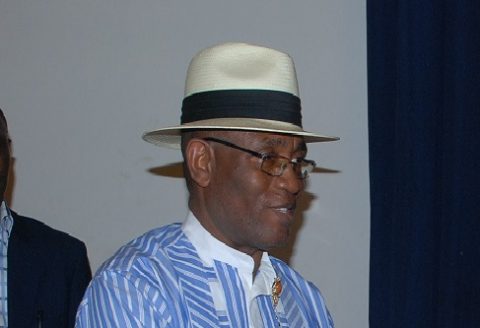 …Says Media is Key to Development

The workshop which has as its theme‎: “The Role of the media in a state, changing the narrative of Bayelsa‎”‎. w‎ill help to give the participants a clearer understanding of objectively telling the story of the new Bayelsa under Governor Henry Seriake Dickson.

While declaring the workshop open on Monday in Yenagoa, the Deputy Governor said it was imperative to continuously build capacity in every profession in order to ensure that practicing professionals have opportunities to sharpen their skills.

He commended the Commissioner ‎for Information and Orientation, Daniel Iworiso-Markson, for his thoughtfulness in putting together the workshop and expressed delight that it was an all inclusive workshop for both private and public‎ media outfits.. ‎

“The importance of training and a refresher ‎course of this nature cannot be over-emphasized, particularly for practitioners of a dynamic profession like journalism.. Given the constant evolution of theories and principles of the profession, journalists must have this kind of platform to reguarly update their knowledge in order to be abreast with modern trends.’‎’

The Deputy Governor while charging journalists to always be alive to their responsibilities, said the restoration government under Governor Henry Seriake Dickson believes so much in maintaining a robust partnership with both the public and privately owned media outfits.. ‎

He said, “We also believe strongly in ensuring that journalists have access to information so as to educate, promote and propagate the vision of the government to members of the public. A people that are properly informed will always be an asset while an ill-informed people will always constitute a nuisance.”

Earlier, the Commissioner ‎for Information and Orientation, Daniel Iworiso-Markson‎ had highlighted the importance of the workshop and why his ministry decided to organize it, saying the time has come for a change in the way Bayelsa is being reported.

Iworiso-Markson‎ explained that so much is being done, especially in the development of the state by the present administration but are most times under reported and insisted that it is time journalists focused‎ on dishing out objective reports about the new Bayelsa.

“This government is doing so much and since we came on board we have changed the face of the state. From education, health, security to Agriculture and infrastructure, we have recorded huge successes but yet you hear reports in the media that do not capture these developments.

“So we thought it wise to put together this programme to change the narrative”. We have painstakingly brought very qualified resource persons like Prof. Ralph Akinfeleye to show how serious we are” Iworiso-Markson added.‎

In their separate remarks, the newly appointed Secretary to the State‎ Government, Barr. Kemela Okara, the Head of Service, Rev. Thomas Zidafamor and the Chief of Staff Government House, Rt. Hon. Talford Ongolo stated that the workshop is timely and the theme for it very apt.