Bayelsa State government has disclosed that the government will partner with some Israeli to boost agriculture sector in the state. 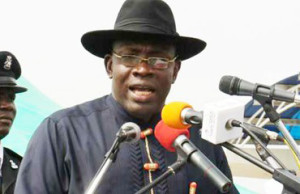 The Governor of Bayelsa State, Seriake Dickson stated this on Friday when  the Israeli Ambassador, Mr. Uriel Palti paid him a courtesy call at the Government House in Yenagoa.

Governor Dickson said that the state was currently partnering with some Israeli businessmen in the area of agriculture to boost agricultural output in the state.

He noted that the state will benefit from the wealth of experience of the Israeli.

The Governor described the state of Israel as a formidable nation with vast experience in agriculture, issues bordering on terrorism and other related vices.

Given Israel’s history of combating terrorism over the years, the Governor noted that with the vantage position of the country among the comity of nations, it was imperative for Israel to avail other countries that opportunity.

He described Bayelsa as a peaceful and preferred investment as well as tourism destination in the continent.

The Israeli Ambassador to Nigeria, Mr. Uriel Palti in his address condemned the act of terrorism, especially the kidnap of over 200 schoolgirls in the northeastern part of the country.

He assured Dickson of Israeli readiness to partner with the state to bring all round development to the state.