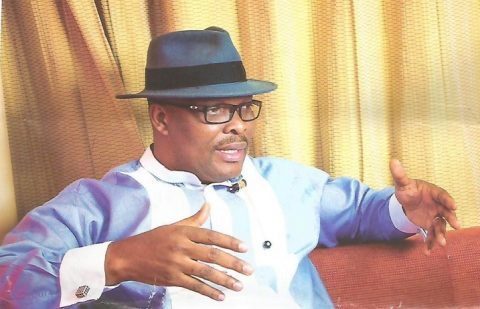 (AFRICAN EXAMINER) – Bayelsa State Government has reiterated its commitment to ensure that every pregnant woman in the state has access to free and qualitative health care.

The Commissioner for Information and Orientation, Daniel  Iworiso-Markson gave the indication while speaking at Angalabiri in Sagbama Local Government Area during the sensitisation of pregnant women on the Safe Motherhood  initiative of the restoration government.

Iworiso-Markson, who spoke through the leader of the Sagbama Safe Motherhood Sensitisation Sub Committee, Mrs. Ebi Kakandar, explained that the objective of the programme by Governor Henry Seriake Dickson is to ensure that no woman dies during pregnancy or childbirth.

He added that most infant and maternal death could be prevented if women were given adequate medical attention during pregnancy and childbirth.

The commissioner encouraged Angalabiri women to register at the health centre nearest to them in order to benefit from the safe motherhood initiative.

He enumerated some of the benefits of the policy to include monthly N3,000 incentive throughout the period of pregnancy and up to two months after delivery.

Other incentives, according to the commissioner, include free delivery pack that contains a pack of baby wipes, baby soap, jelly, baby towel, mucus extractor and umbilical chord gel.

Mr. Magbisa also commended Governor Dickson for the initiative during the sensitization programme held at the playground in Sagbama town.

The Chairman described Governor Dickson as a kind-hearted leader who understands the pains associated with the loss of a loved one and called on pregnant women in the area to take advantage of the programme by registering for antenatal and attend clinics regularly in order to ensure healthy pregnancy and safe delivery of healthy babies.

Mr. Magbisa, who was represented by the vice chairman, Mrs. Vivian Prefa Ogboro, stated that Gov. Dickson is a pacesetter with a record approval of N1.2 billion to facilitate the immediate take off of the construction of health centres across the 105 wards in the state.

In his remark, the Amanaowei of Sagbama, King Ojo Magbisa advised pregnant women in the community to register at the designated health centres in order to benefit from the humanitarian scheme.

King Magbisa however warned against unwanted and teenage pregnancy, stating that the scheme is not an avenue for irresponsible behaviour.

Speaking in the same vein, the Sagbama women Chief, Mrs. Felicia Dowell said the programme is a welcome development and assured that she would ensure that every pregnant woman in Sagbama key into the programme.