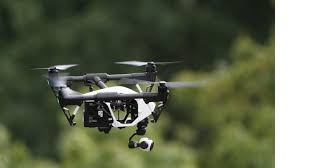 (AFRICAN EXAMINER) – Bayelsa State Government has concluded arrangement to launch a crime control drone system to assist in the prevention of crime and criminality, the State Commissioner for Science and Technology, Chief Blessing Ipigansi-Igbagara, said on Wednesday.

The mechanism was developed by an indigenous manpower and technology system in line with the present administration’s zero tolerance for crime and criminality.

The Commissioner stated this in Yenagoa during the Inter-Ministerial briefing to mark the 6th Anniversary of the Henry Seriake Dickson-led administration.

According to him, since inception of the Dickson’s administration, the ministry has collaborated with Federal and Foreign Agencies in the area of training and capacity building to address manpower needs of the state, developing the data base of unemployed graduates.

The Commissioner also added that the era of non-completion/abandonment of projects by the recalcitrant contractors is over in the state as the Ministry of Science and Technology has developed a video monitoring system to monitor the activities of the contractors handling various projects in the state.

Giving a scorecard of his Ministry, the Commissioner for Culture and Ijaw National Affairs, Mr. Austin Dressman commended Governor Seriake Dickson for approving the completion of 8 out of the 10 mausoleum at the IjawHeros Park which houses the late Isaac Jasper Boro and General Oweiye Azazi.

He said already Governor Dickson has given the nod on the construction of the 400 seater pavilion at the park which would be completed in three months.

The Commissioner lauded the efforts of the governor at ensuring the completion of the Ijaw House and also resolving the lingering crisis in the Ijaw Youth Council, Ijaw National Congress, payment of stipends to the Boro family and for helping Ijaws in Edo and AkwaIbom and other places.

While emphasising the importance and need to promote the Ijaw language and symbols, the Commissioner explained that books have been produced to help children in schools learn the language and the meaning of the symbols in the state coat of arms, stressing that the immediate employment of the 40 graduates of Izon language from the Niger Delta University, Amassoma.

He said the declaration of Ijaw Cultural Day on every Friday is to encourage Ijaws to dress in their own attires, adding that erring civil servants would be sanctioned while those who comply would be rewarded henceforth, and expressed appreciation to the Council of Arts and Culture for emerging winners at NAFEST 2017 and making the state proud.

On her part, the Commissioner for Tourism, Mrs. EbiereAjua-Musa said the state government has awarded a contract for the Ox Bow Water Park to be situated behind SilverbirdGalleria and the contractor has assured that the project would be completed in 60 days.

According to Mrs. Ajua-Musa, to curb capital flight, the state government has approved that an Amusement Parkbe cited at the Peace Park opposite Government House, as well as conversion of the Castle Hotel which is 90% completed, Golf Course, Polo Club, Ox Bow Lake Hotel which would be put to use this year.

She mentioned some achievement of her ministry to include the training of over 300 Bayelsans in Cinematography in collaboration with the Africa Music Award, hosting of the first ever New Year Festival, legislation of the tourism sector in the state with plans to construct a film village.

designing, cane craft, and fabric weaving, so as to be self-reliant and contribute to the growth and development of the state.

She also expressed appreciation to Governor Seriake Dickson for empowering about 500 cooperatives, comprising 10 women each in a cooperative with 500,000 naira each since 2013 to date.

Speaking on the need to end maternal mortality rate in the state, the Commissioner scored government high for the training of Traditional Birth Attendants, ongoing construction of an eye clinic as well as the Glory Land Children’s Home, Women Affairs School, signing of the Child Rights Bill, acquisition of 700 hectares of land for construction remand home at Elebele, as some laudable achievements of the ministry.