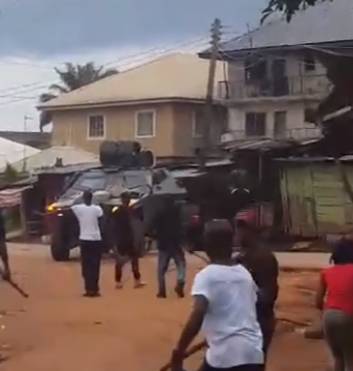 IPOB media and publicity secretary, Comrade Emma Powerful said the attackers wore army and police uniforms and drove into the palace of the traditional ruler of Afaraukwu, who is the father of Nnamdi and started shooting people.

He said in a statement: “We did not clash with anybody or group. The attackers wore Nigerian soldiers and Nigeria Police uniforms and came to kill our leader, Mazi Nnamdi Kanu in his compound at Afaraukwu, Umuahia and started shooting sporadically and killed five people and up to thirty other people had bullet wounds.

After attacking our people, they drove off. They came in five Hilux vans./Vanguard