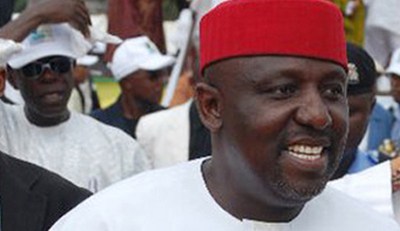 Following recent threat by the leadership of a pro- Biafran group, known as Biafra Zionist Movement (BZM) to storm Owerri the Imo state capital and hoist the Biafran flag in the Government House, the state government has beefed up security at the Government House and its environ. 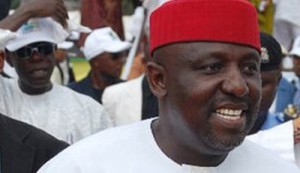 African Examiner reports that the group, led by a British trained lawyer, Barrister Benjamin Onwuka, had last week claimed responsibility of the early hour attack of government House on 8th of this month (March) 2014.

However, the group had also threatened to invade other government Houses in the south east geo political zone, starting with Owerri, the Imo state capital for the hoisting of the Biafra flags.

But in order not to be taken unaware, the Imo state government, has provided adequate security in all the nook and crannies of the state, especially within the state seat of power, (government house).

A source close to the Imo government House, told Our correspondent that the “state government has taken exception to that threat, and has also moved to nip that threat in the bud”.

To this end, “all the security agencies in the state have been alerted of this threat, and they will work in tandem with other agencies of the state government to ensure that the long existing peace in the state, is not brought under any threat or Jeopardised by any group, no matter which name, such group goes with”.

“Imo state is known as the most peaceful state in the federation, if not in Africa, and the visionary and people oriented government of Owelle Rochas Okorocha has continued to ensure that the state remains peaceful, and any attempt by any group to harm the peace of the state will be resisted.

“The leadership of the Zionist Biafra must have been aware that Imo state has the long history of being a peaceful state and the people of the state would not compromise that feat, and would frown at any attempt to take that status away from the state”. The source stated.

He said the leadership of the group is expected to take cognizance of that fact about the state and also know the danger any attempt to disrupt such durable peace would entail.

According to him, the group should know that it would be suicidal to try the Enugu incident in Imo state.

He said “Visitors to the Government House, Owerri and the state in general should also cooperate with security personnel and others working to ensure that Imo state remains the most peaceful state in the country.

Meanwhile, the state government has assured indigenes of the state and non indigenes resident in the area to continue going about their lawful businesses without fear of any kind, saying all the necessary steps have been taken to ensure the security of lives and property in the state.