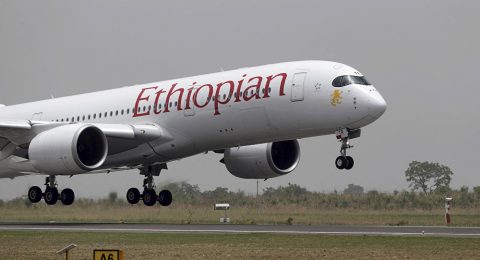 (AFRICAN EXAMINER) – The black boxes of the Ethiopian Airlines jet that crashed with the loss of 157 lives recently have been read successfully, French accident investigators said on Monday.

“The boxes from the Boeing 737 MAX 8, which crashed on March 10 shortly after take-off from Addis Ababa, have now been sent back to Ethiopia,” French air accident investigation body BEA told dpa.

The Paris-based body said in a statement that French, Ethiopian and U.S. officials had verified “correct data extraction” from the two boxes, the flight data recorder (FDR) and cockpit voice recorder.

The BEA also confirmed Sunday’s statement from Ethiopian Transport Minister Dagmawit Moges that the data showed similarities with the October crash of a Lion Air Boeing 737 MAX 8 plane off the coast of Indonesia that killed 198 people.

“During the verification process of the FDR data, clear similarities were noted by the investigation team between Ethiopian Airlines Flight 302 and Lion Air Flight 610, which will be the subject of further study during the investigation,;; the BEA said.

Aviation authorities around the world have grounded Boeing 737 MAX 8 and MAX 9 planes after the Ethiopian crash.

The models are the latest version of the US manufacturer’s narrow-body workhorse.

Moges, on Sunday said that “detailed information” based on the black box data would be released within a month.