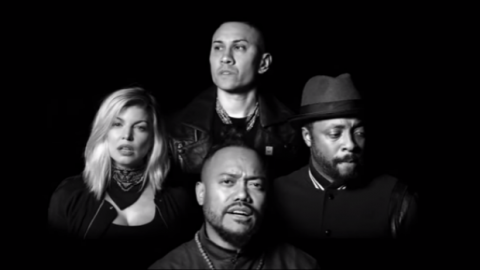 BALTIMORE, MD (AFRICAN EXAMINER) – The Black Eyed Peas have lamented police brutality, raging insurgency and the multiple effects such killing and human displacement, by releasing a video to the remix for their popular single “Where is the Love?”

The artistes used the new video to bemoan how countries were torn apart by war and refugees fleeing their homes, as well as #BlackLivesMatter – police brutality against black people in the US.

The group is featured among other artistes who have contributed to the current track and its accompanying video.

Interestingly, one of the victim’s relative, Sandra Sterling – aunt of Alton Sterling, who was brutalized by the Police also featured in the video.