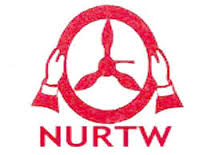 Following attacks in some motor parks, especially the Nyanya attack which led to the death of scores of people, the North Central Zone of the National Union of Road Transport Workers (NURTW) has called for better security at motor parks in the zone.

Mr. Danjuma Jeji, who is the Zonal Chairman of the Union made the call in a chat with journalists in Jos on Sunday, said there is need for such security beef -up around the parks for the safety of travelers who use the parks.

He said, the decision to make the call followed a recent executive members meeting of the zone on the need to safeguard the parks.

“We recently held a zonal executive council meeting of the union in Minna and we resolved that all chapters in the zone must take the issues of security more seriously,’’ he said.

He decried the spate of bombings in the country in which many of its members like other Nigerians were either killed or injured.

The Chairman added that many of their members were victims in the recent bomb blasts in Jos but said that he had no figure of those either maimed or killed.

Jeji noted that the zone was working very closely with security agencies to ensure that adequate security personnel were deployed to motor parks.

He expressed the union’s appreciation to Gov. Babangida Aliyu of Niger State for his people orientated programmes particularly those that impacted positively on the union members.

“We want to appreciate the governor for his security consciousness and for personally endorsing and approving the certificate of occupancy for the Niger State council’s ultra-modern office complex.

“The office complex will serve as a permanent secretariat, training school, and other progressive ventures for members.

“We also express our gratitude to the governor for approving 200 brand new commercial buses to the union on soft loan basis to be distributed to members across the state”.

He said this would in no small measure boost the state’s economy and assist in engaging youths from being tools in the hands of evil doers.