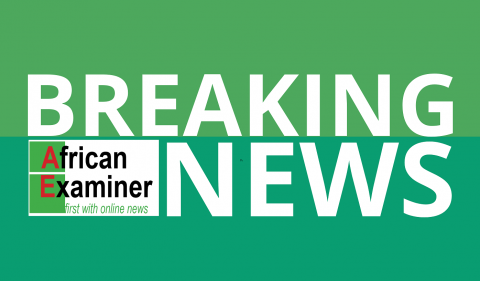 The sudden incident made many residents and passers-by to be gripped by fear as nobody knows what follows after, especially those who were attempting to make fortune out of the situation.

AFRICAN EXAMINER gathered that immediately the incident happened, some youths, suspected hoodlums, touts and residents in the area came out in their numbers with various vessels to scoop the petrol oozing from the fallen tanker.

Reasons for the incident was not immediately known.

As at the time of filling this report there was no presence of law enforcement officers as well as emergency officials.

Similarly, there was no incident of fire outbreak at the scene.