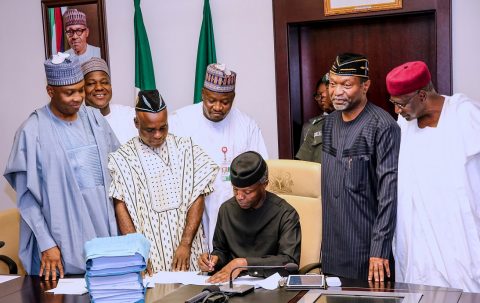 The ceremony followed a statement issued earlier on Monday by the Presidency announcing that the president has directed the Acting President,  Yemi Osinbajo to sign the budget into law, putting to rest controversies bedeviling the signing of the budget.

Osinbajo signed the budget at about 4:41pm on Monday inside the Presidential Villa, Abuja in the presence of the principal officers of the National Assembly, presidential aides and other top government officials.