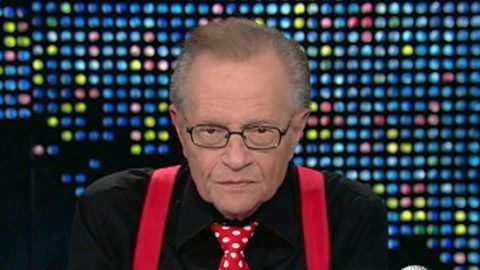 According  to reports Larry King died at Los Angeles’ Cedars-Sinai Medical Center after being hospitalized earlier this month with COVID-19.

It was however not announced whether the virus contributed to his death.