Bloody Sunday: 10 Killed In Another Bomb Explosion In Kano 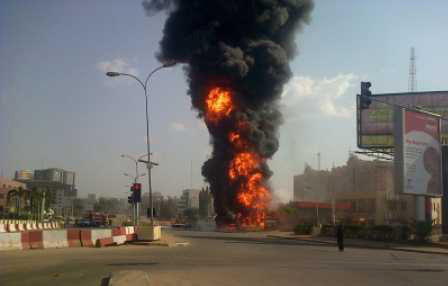 At least 10 people have been reportedly killed as another car bomb explodes at Sabon Gari in the ancient city of Kano in the series of bomb attack on northern Nigeria by the Islamic terrorists, Boko Haram. 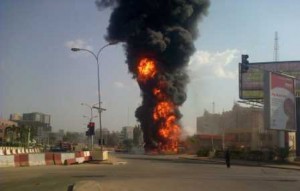 It was gathered that the explosion went off shortly before 9:30 pm on Sunday. Unofficial source says 10 dead bodies were seen on the ground.

The bomb was said to have exploded in densely populated Christian community and casualties may be more as security operatives have condoned off the area.

The Nigeria Police say an explosion ripped through a bar and restaurant in the Christian neighborhood in Kano, Nigeria’s second most populous city.

Assistant police superintendent Musa Magaji Majiya says emergency workers rushed to the scene Sunday night but he has no immediate word on casualties.

Majiya says it is a suicide car bomb and that some people might have died as a result of the explosion.

Another uncomfirm source says five people, including the bomber might have died in the explosion, as the victims might be three men and a girl.

Channels Television news reports that about 10 people dead in the bomb attack, suspected to be from Boko Haram.

Boko Haram sects have been responsible for series of bomb explosions in northern Nigeria which have left thousands dead and many wounded.