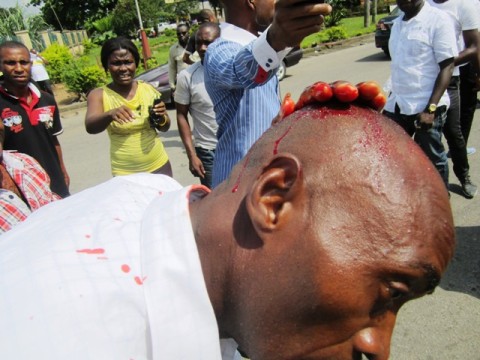 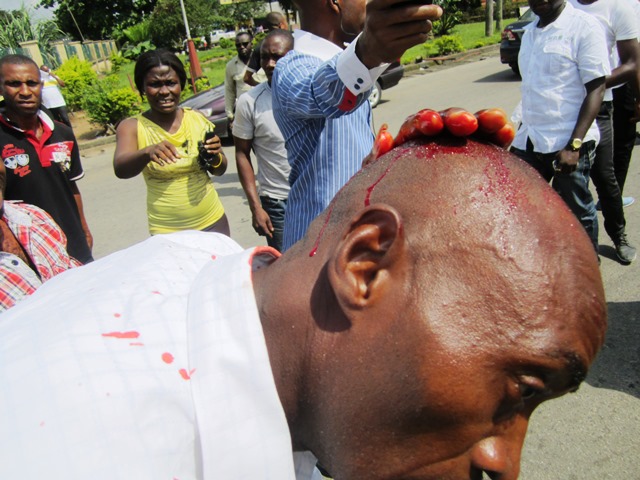 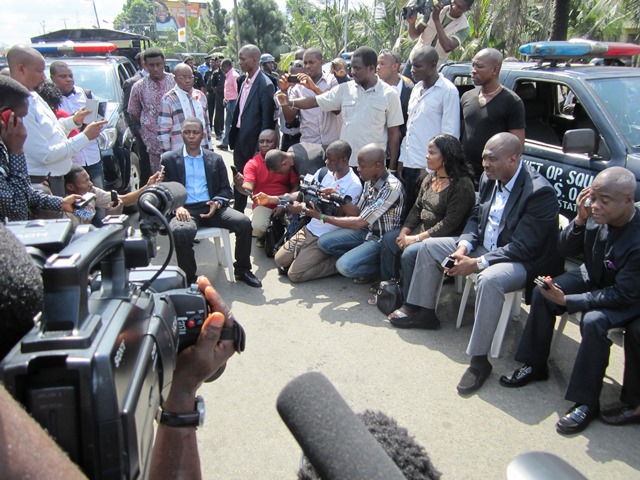 The police in Rivers State has continued their open display of gross partisanship in the ongoing political quagmire in the state. Pro-Chibuike Amaechi lawmakers, journalists and several persons today received the brute wrath of the policemen who fired direct teargas at them, injuring several. 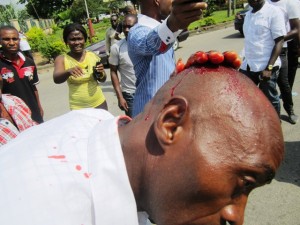 As at the time of this report many of the injured had been rushed to hospitals for emergency medical attention, including a 2 year-old baby who became a victim of the police brutality because the mother had taken to the Moscow Road in transit.

Pro-Amaechi lawmakers had assembled on two purposes. First was to seek an audience with the Rivers State Commissioner of Police for their protection to enable the House of Assembly resume sitting based on an Abuja High Court ruling.

The Abuja court had on Wednesday revoked the powers of the National Assembly in taking over the functions of the state legislature which they did soon after the July 9, 10 crises on the floor of the House. Mr. Evans Bipi who represents the Ogu/Bolo Constituency had futilely attempted to stage a legislative coup of claiming to have overthrown the elected House leadership with only 5 lawmakers out of 32. He proclaimed himself ‘Speaker”. Pro-Amaechi lawmakers had resisted the charade leading to free-for-all. 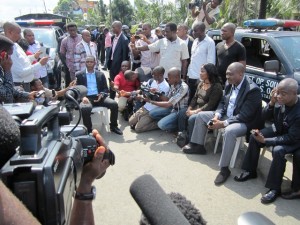 The lawmakers had received the court ruling, saying they would reach out to the police today for their protection only to be barred doubly. 4 Police vehicles barred the entrance gate to the Assembly Complex with several of their vehicles, including Armoured Personnel Carriers, APC. Hundreds of heavily-armed regular, anti-riot, Anti-Terrorism and plainclothes policeman sealed-off the entire Moscow Road, the location of the Assembly as well as all adjoining and opposite streets leading to the Complex. But the lawmakers were undeterred in their demand for an audience with the CP. However, an Assistant Commissioner of Police who led the police operation was adamant in granting the request. The ACP said the CP had ordered the lawmakers would only be granted access to the Assembly Complex if they produced a court order mandating the police to grant them access. When all pleas and explanations collapsed, the lawmakers decided to hold a mock sitting on the ground by the intersection of Moscow Road, in the presence of the police, journalists and hundreds of Rivers State folks.

Lawmaker after lawmaker condemned the police and the siege, expressing fears the armed, supposed law enforcement agents had taken their open support of the anti-Amaechi camp too far. Hon. Josiah Olu representing Eleme Constituency berated the police over their action. “The police want to kill Rivers people. If not, why would they stop us from going into our offices? What other court order do they want?”

Soon as Hon. Aye Pepple of Bonny Constituency had finished his speech on the ‘floor’ of the ‘House’ where he said “the same police that stopped us from entering our offices today will soon be the same police that will escort us into the offices”, hell was let loose. Barrage of teargas canisters, suspected live bullets rent the whole place. The police charged at the lawmakers and journalists who were covering the ‘proceedings’ with several troopers and cocked guns. Full teargas canisters were targeted at the crowd with the Publisher/Editor-in-Chief of The Neighbourhood Newspaper a victim. Several developed heart and breathing conditions and had to be rushed to nearby medical facilities. At the time of this report, doctors were struggling to save the life of the baby and many others. The publisher, however, has returned to work.

The police had pursued the crowd up to the Central Bank and Government House areas, shooting several more teargas into those premises. Most offices and other business outfits in those areas quickly closed shops as traffic came to an abrupt halt. Vehicles had to make sharp detours to avoid the police firing.