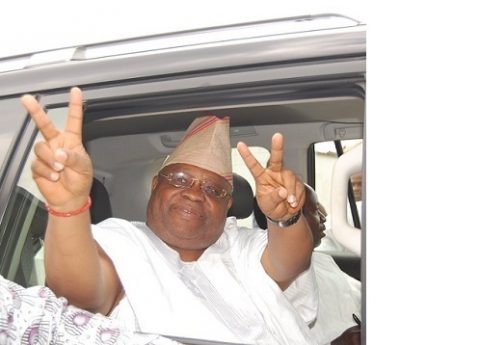 The tribunal held that the All Progressives Congress (APC) and its candidate, Governor Oyetola was not validly returned.

Recall that the supplementary governorship election held in seven polling units. The Tribunal ruled that the re-run was illegal.

The panel added that the supplementary poll was a product of an illegal cancellation of the results in the seven polling units during the September 22, 2018 main election.

It ruled that the Returning Officer who cancelled the results had no power to do so.