Just Breaking: Obasanjo Reacts to Jonathan’s Response, Says I stand by the Contents of my Letter 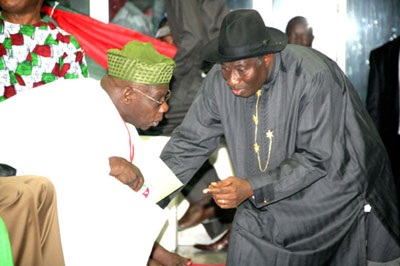 Ex-President Olusegun Obasanjo has said he will not make further comments beyond the contents of his last letter to President Jonathan or react to the said letter/response from Dr. Goodluck Jonathan. 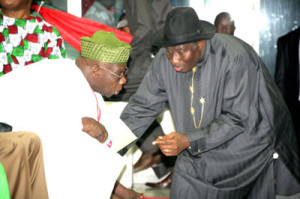 President Jonathan sent an 11-page reply to Obasanjo’s letter and refuted all allegations leveled against him and his administration by Obasanjo. The allegations range from corruption; 2015 ambition; to training of a killer squad.

Obasanjo’s Special Assistant, Media, Tunde Oladunjoye, in a statement on Monday said the ex-president would no longer give more detail about the content on the letter.

“One, Chief Olusegun Obasanjo, GCFR, acknowledges Mr. President’s letter/response. However, Baba, as he already indicated in his December 2, 2013,  does not wish to make further comments beyond the contents of his last letter to the Mr. President or react to the said letter/response from Dr. Goodluck Ebele Jonathan. Let me quote from page fourteen, paragraph two of Chief Obasanjo’s letter to Mr. President dated December 2, 2013 and titled Before It Is Too Late:

‘I will maintain my serenity, because by this letter I have done my duty to you as I have always done, to your government, to the party, PDP, and to our country, Nigeria’.

“Two, let me reiterate here, that Chief Olusegun Obasanjo, GCFR has tremendous respect for the office of the President of the Federal Republic of Nigeria.”

“Chief Olusegun Obasanjo sincerely appreciates all of you, my cherished colleagues; gentlemen and women of the media profession, who have been very upright, ethical and robust on the subject matter.”