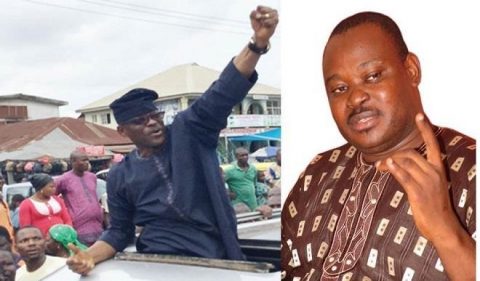 Justice Saulawa while ruling, set aside Justice Okon Abang of a Federal High Court sitting in Abuja ruling and dismissed the appeal filed by the Modu-Sheriff faction of the PDP against the Ahmed Makarfi faction of the party.

It would be recalled that INEC on Thursday, October 27 substituted Jegede with Jimoh as the PDP flagbearer for the weekend poll, on the ground that Ibrahim faction of the PDP was the one recognized by the court.

The Appeal court case against Jimoh Ibrahim was filled by PDP stalwarts including Jegede, former Minister of Agriculture, Prof. Jerry Gana among others.

The Wednesday ruling followed the Supreme court verdict Tuesday, which ordered the appellate court to deliver judgement on all the appeals before it.