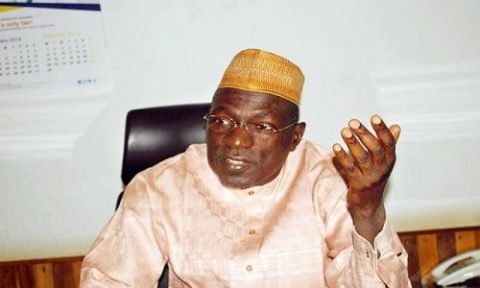 The five-man panel of the apex court led by the Chief Justice of Nigeria, Walter Onnoghen, in its ruling Wednesday, validated Senator Ahmed Makarfi headship.

Makarfi had been sacked earlier by the Appeal Court Port Harcourt Division.

Makarfi was appointed the National Caretaker Committee of the PDP at a controversial party’s convention in Port Harcourt the Rivers State capital in May 2016.

Delivering the unanimous judgement, Justice Bode Rhodes-Vivour, held that contrary to the majority ruling of the Port Harcourt Court of Appeal, the suit filed by Makarfi faction before the Federal High Court in Port Harcourt was not an abuse of court process.

Supreme Court also held that the removal of Modu-Sheriff by the National Convention of the PDP held on Saturday May 21, 2016, in Port Harcourt was constitutional.

The former Kaduna State Governor, Makarfi, the Ekiti State Governor Ayodele Fayose were among the factional PDP Chieftains present at the Court to witness the judgement.