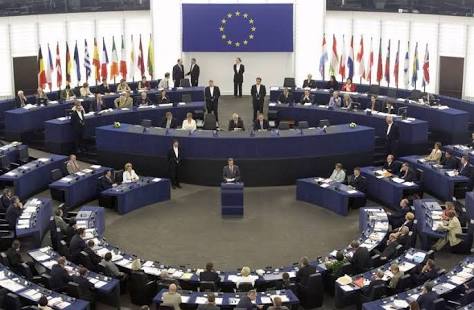 BALTIMORE MD, (AFRICAN EXAMINER) – Stakeholders were locked in a heated debate Tuesday at the European Parliament meeting on the UK exit or otherwise from the European Union (EU).
A prominent pro-Leave campaigner and UK Independence Party (UKIP) leader Nigel Farage, was during the session booed; called a liar and accused of using “Nazi propaganda”. But Mr. Farage in his speech hit back at EU, challenging “it was in denial” as a political project.
He attacked further and asserted that none of the EU parliament members had ever done a proper job in their lives, nor created one.

The Tuesday parliament session is ahead of another meeting which will hold later today, between the EU leader and UK Prime Minister David Cameron. The parley will be the first after the last Friday referendum which favour UK exit.

EU Parliament has voted in favour of a motion urging the UK to actualize her exit immediately, by triggering Article 50.

At the parliament opening session, European Commission President Jean-Claude Juncker requested the British government to “clarify” its position.
Juncker stressed that the will of the British people must be respected, prompting shouting and clapping from the Leave campaigner Mr. Farage.

But while focusing on him (Farage), Mr Juncker put him on the spot, when challenged: “You were fighting for the exit, the British people voted in favour of the exit.

He also accused Mr. Farage of lying about using the UK’s-EU contributions to fund the country’s National Health Service, saying he had “fabricated reality”.

Similarly, Belgian ex-PM Guy Verhofstadt, and leader of the liberal group in the European parliament, accused Farage of using “Nazi propaganda” in the campaign, referring to a poster showing lines of refugees.
It would be recalled following the 52 – 48 percent Brexit referendum last Friday, Mr. Cameron has indicated that he would step down. He however added that the onus to trigger the formal exit process is rested on his successor.