Bringing the Office of the First Lady into Disrepute 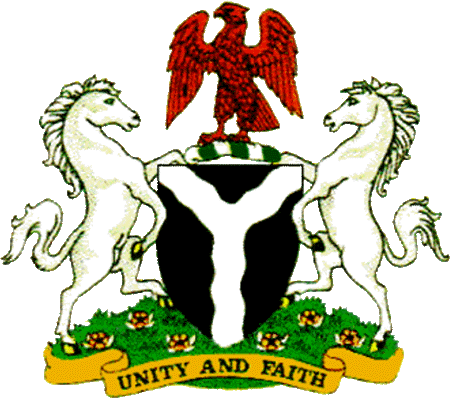 I was about to write another article dealing with Africans’ penchant for power, abuse and perpetuation in power, and then our First Lady’s excesses caught my imagination instead, and in a way, what I was going to write was apt to the First Lady anyway.

The African leader misapplies and abuses power without a second thought. This is probably part of our genetic make-up. Put a uniform or any paraphernalia of authority on the African (male or female) and you have made him/her a mini-god. You have virtually given him immortality and immunity from worldly inconveniences. You have virtually given him/her the licence to abuse you; to kill you, to oppress you. The society is replete with examples of this abuse and misapplication of power. Look at the police, the military, and the paramilitary like customs, immigration, and drug enforcement officers in Nigeria. Even lowly state employees like LASTMA, OYES or whatever they call themselves think they are “The Authority” and you see their beastly, rude, oppressive and brutal behaviours and attitudes against the members of the public, who, incidentally, are their employers on the long run.

It is therefore no wonder that when some people find themselves in positions of power and authority, they become power-drunk and irresponsible. This is even made worse by the fact that these people usually cheated or rigged or forced themselves into such responsible positions. The result is a mockery of democracy and governance as we are experiencing in Nigeria today, and as a matter of fact, in many African countries.

We often, mistakenly, regard politics as a game. Well, if it is a game, then it is a perilous one, and should not be trivialised as we often do, because playing or practicing of politics defines and impacts the lives of millions of people; it defines their well-being and puts the responsibility of looking after the welfare of millions of people squarely in the hands of a few people who regard themselves as political leaders or simply, politicians. If these few politicians fail, then the effect on the society is massively fatal. Again, this is what we are experiencing now in Nigeria.

But back to our very own current First Lady: If not for the abuse of power and office that we Africans so much love to perpetrate, the Office of the First Lady should normally be a respectable and welcome addition to good governance, responsibility and a healthy democratic dispensation. It hardly matters if the position is catered for in the Constitution or not. There normally should not be anything wrong with respecting the wife of the President or Governor, and it is supposed to be a position cum office where the wives contribute to the successful reign/rule of their husbands and is complimentary and advantageous to helping their husbands whilst in office. Mrs Obama and others before her have an Office of the First Lady. Yes, the Office of the First Lady exists in the USA (although I am not sure if it is entrenched in the Constitution of the United States, but it does exists)

But in Africa, where positions of authority and power tend to make us drunk and irresponsible, it is adding more oil to the fire and giving liberty to illegality and opportunity to oppress, loot the treasury and generally obfuscate the masses and distort democracy, governance and politics.

Imagine the wife of the local government Chairman in Eket LG, Akwa Ibom State, having an “Office of the First Lady of the Local Government Chairman” and the temerity to advertise it on the pages of the newspapers a while ago.

Even the glamorous Mrs Victoria Gowon was not that forward and impetuous. She was the first real First Lady of the nation. The late Mrs Maryam Babangida, despite my misgivings about her husband, was also very modest. So was Mrs Maryam Abacha, despite the despotic rule of her husband. The late Mrs Stella Obasanjo knew her place and her stand with her husband, and kept her excesses to a minimum. It was only Mrs Turai Yar ‘Adua who was overly ambitious and conniving, but then she never pushed herself on our faces like this our present First Lady is doing.

Dame Patience has rubbished that office and has brought it into great disrepute and ridicule, but I am not surprised. Her previous very lowly position in the Nigerian society is perhaps responsible for making her behave like she does. She has to prove to the world that she has arrived. And so has she, hasn’t she? Paraphrasing the late Malcolm X, “Nigerians did not land on Aso Rock; Aso Rock and Dame Jonathan landed on us”.

I would not want to go into historical details but media is replete with Dame Jonathan’s excesses: disrespecting and insulting a sitting governor, security agencies shutting down and paralysing whole towns and cities just because she’s in town; doing away with protocol and bulldozing her way in front of her husband, the President and Commander-in-Chief; politicising her Office or position; her greed and corruption; and generally imposing herself on us – she is even accused of ordering Federal ministers around.

And with a rather lame husband behind her, literally, we are not surprised. He doesn’t seem to fit the image of a proper African husband (pardon me if I sound chauvinistic here) but there it is. A husband should be able to exercise some control over his wife’s behaviour, not only within the confines of their house, but externally, especially when you are the leader and boss of 150 million people.

Dame Patience needs to respect the law and behave with decorum, protocol and some measure of dignity. Her husband did not become President by her doing; it is the people of Nigeria that voted him into Aso Rock and these people warrant to be served with all respect and humility. She should stay in their home, built for them by Nigerians, and work with her husband, and her husband’s political rivals, to put this country right; but using her temporary office to disturb the peace of the nation can have very serious repercussion on herself. She’s not going to be First Lady forever.

Her attitude is inappropriate, hence an affront on our collective psyche. She must be called to order. I am not sure where she got the title of “Dame” from, but if she knows what is expected of a proper Dame, and what it means to the holder of that title and the public, she will bury her head in perpetual shame.

However, her behaviour and lack of decorum might not be unconnected with her interests in politics. According to Sahara Reporters of Sunday, 14 July 2013 “Mrs. Jonathan, who is notorious for greed and corruption, has acquired extensive landed properties in both Rivers and Bayelsa states. Her desire to control the politics of her home state of Rivers State is a big element in a simmering political crisis that turned bloody last week. Lawmakers loyal to Mrs. Jonathan stormed the state legislature with a contingent of thugs in a daring attempt to hijack the leadership of the legislative body. Outraged by the absurd turn of events, Nobel laureate Prof Wole Soyinka called on President Jonathan to restrain his wife’s meddlesomeness in the governance of Rivers State. You may wish to know that Mrs. Jonathan had bankrolled the lavish wedding ceremony of one of the four lawmakers who spearheaded the chaos in the state assembly”.

Perhaps that explains it all, perhaps not. The problem is that we are not hearing her own side of the story, and maybe for good reasons too, else any attempt by her to defend herself may fall flat and make it worse for her and her husband and the Presidency. Who knows, the party might even be affected since these days there is no clear delineation between the Party and the Government.

Many state governors’ wives or first ladies are also prone to excesses, and they should and must be curbed. However one should recognise and commend some current and former States first ladies such as Mrs Abimbola Fashola of Lagos; Mrs Onarie Duke, former first lady of Cross River; former first lady of Lagos, now Senator Remi Tinubu; and Mrs Eki Igbinedion, formerly of Edo State (I always thought it would have been better to elect her rather than her dim, clueless and corrupt husband). With these ladies, you can see and feel the class and modesty and humility and of substance, combined with their breeding and education. Most of the northern governors’ wives are virtually unknown to the public for obvious reasons, and so few of them had the opportunity to behave recklessly, irresponsibly and impetuously.

Dame Patience has brought the position or Office of the First Lady of the Federation of Nigeria into absolute disrepute. Despite her age, which I don’t know, she is regarded as a Mother of the Nation, a mother to 150 million people; but is she behaving as a mother? Therein lays the problem.

Humility is the quality of being modest or respectful, even when you possess power, authority and wealth. Humility, in various interpretations, is widely seen as a virtue in many religious and philosophical traditions, being connected with notions of egoless-ness. Dame Patience apparently does not consider humility as a virtue.

It is no use proffering solutions; we are beyond that. We all should know better. And if we don’t, a word is enough for the wise. We are not going to be in any position forever.

Let the Truth be said always, I always maintain.