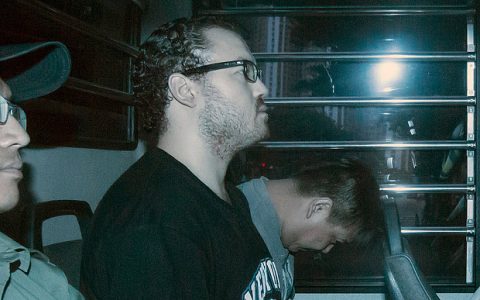 Jury took around four hours to find an expressionless the convict, who denied murder but admitted manslaughter. The court found him guilty on both counts.

The victims’ mutilated bodies were found in Jutting’s apartment in November 2014. Murder carries a mandatory life sentence in Hong Kong.

In a statement read by his lawyer, Jutting expressed remorse for the crime and accepted his actions were “horrific”.

“I remain haunted daily both by memory of my actions… and by knowledge of the acute pain I have caused their loved ones, not least Ningsih’s young son,” he said.

Reacting, the Deputy High Court Judge Michael Stuart-Moore, who recalled the trial had been “made to dredge into depths of depravity” over Jutting’s actions, rejected the convict apology, hence, his life imprisonment ruling.

But Ms Mujiasih’s family complained about the ruling, regretting they were “devastated” and that they had hoped Jutting could be executed “if possible”.