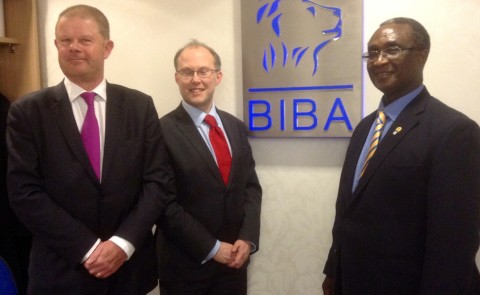 As effort to strengthen the insurance industry in Nigeria, the British Insurance Brokers Association (BIBA) has promised to assist the Nigerian Council of Registered Insurance Brokers (NCRIB) in building the capacity of its members for effective insurance brokerage service delivery in the country. 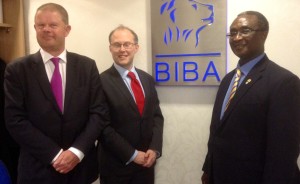 Towards this end, BIBA said it will continually avail the NCRIB with relevant advice and strategies on how it could effectively engage its crucial segments, notably government and other relevant stakeholders, as being effectively done by the Association in the UK.

BIBA was formed in 1977 and is the UK leading general insurance intermediary organization.

Speaking during his courtesy visit to the Association in London, the President of the NCRIB, Mr. Ayodapo Shoderu, said NCRIB had great reverence for BIBA as a frontline global insurance intermediary institution and that the intention of his administration was to create and leverage on a robust relationship with the Association for better insurance brokerage delivery in Nigeria.

Shoderu, maintained that in spite of the enormous potentials of the insurance industry in Nigeria, the contribution of the sector to national economy was still insignificant, partly due to low capacity of the existing professionals and poor image of the industry.

He said, “Among other things, The NCRIB is soliciting the support of BIBA in the provision of market information, continued and constant working relationship and regular exchange of ideas by the two bodies”

He stressed that his tenure would be devoted to initiating strategic working relationship with notable institutions and network individuals across the world and at home, in order to break down the barrier of ignorance about the insurance broking profession, and by so doing creating more opportunities for its members.

Meanwhile, the Chief Executive of BIBA, Steve White, said the Association had continually initiated strong interactive platforms through its several events and publications, for the engagement of government, customers and the general public on the value of insurance broking services.

As part of its support to NCRIB, White, said BIBA will assist the Council to facilitate its membership with the World Federation of Insurance Institutions (WFII) as well as feature its activities in editions of its annual publication, ‘The Broker’.