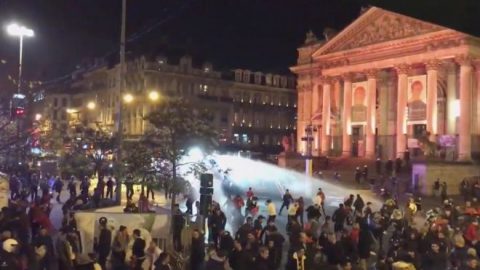 The Moroccan national side qualified for the 2018 tournament in Russia with a 2-0 victory away to Ivory Coast on Saturday, topping their group.

Fans hit the streets after the game and burned at least one car, smashed glass and looted shops, police said.

Belgium has a large Moroccan community, making up 4% of the population./BBC