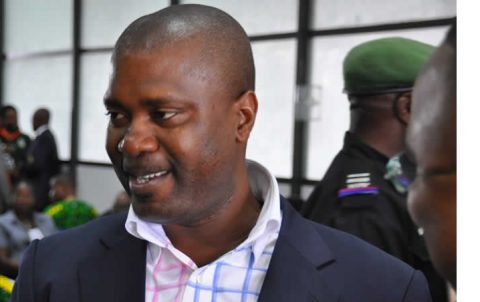 The appointment according to a statement issued in Abuja late Friday by Mr. President Special Assistant on Media and Publicity, Mr Femi Adesina followed a Federal Executive Council (FEC) resolution.

The decision he said equally vested the supervisory role of the commission in the Honourable Minister of Niger Delta Affairs, as well as approved the dissolution of the extant board.

All the appointments are with the immediate effect.

Meanwhile, before the announcement, the former managing Director of the commission Mr Nsima Udo Ekere and the chairman of the board, Ndoma Egba have come under strong attack for failing to first resign their appointments before pursuing their political ambitions.

Mr Nsima Ekere is the Akwa-Ibom’s  governorship candidate of the ruling All progressives Congress (APC) while Ndoma Egba is a senatorial the flag bearer of the APC in Cross Rivers.

The Protesters rejected the handover of power, insisting that Mr Esima must resign and a sole administrator should be appointed in compliance with the NNDC Act.

Leader of the Niger Delta Front, Chief John Harry said, “the handing over is unacceptable and is illegal.” adding the present NDDC board tenure of Ndoma Egba, Ndoma  Egba and others elapsed on Oct. 31, 2018 in line with the terms of their appointment and the law establishing NDDC, which clearly stated that they were to complete their respective state’s tenures.

The NDDC act provides for the rotation of the commission’s leadership amongst the nine-member states of Abia, Akwa-Ibom, Bayelsa, Cross River, Delta, Edo, Imo Ondo and Rivers in alphabetical order. The positions of Managing Director, Executive Director (Projects) and Executive Director (Finance) also follow the rotational policy under Part 4, Section 12 of the NDDC act.