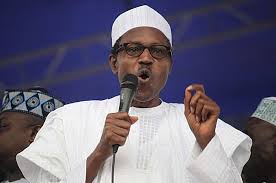 The army had on Tuesday said certificates of Buhari were not in his file with the military.

At a news conference on Wednesday in Kano, Buhari said he only consented to address the press because of the genuine concern expressed by many supporters and other well-meaning Nigerians that the issue be addressed.

He said otherwise, he would have dismissed it for what it is -sheer mischief and would not have considered it an issue worth the Nation’s while.

Buhari explained that he had assumed all along that all his records were in the custody of the Military Secretary of the Nigerian Army, but that much to his surprise, he was now told that although a record of the result was available, there were no copies of the certificates in his personal file.

“This is why I formally requested my old school, the Provincial Secondary School, Katsina [Which is now known as Government College, Katsina] to make available the school’s copy of the result of the Cambridge/West African School Certificate. This will be made available to the Press the moment this is available.

“However, before we obtain that, let me say for the record that I attended Provincial Secondary School, Katsina. I graduated in 1961 with many prominent Nigerians, including General Shehu Yar’Adua, former chief of staff at the Supreme Headquarters, and Justice Umaru Abdullahi, a former President of the Court of Appeal.

“We sat for the University of Cambridge/WASC Examination together in 1961, the year we graduated. My examination number was 8280002, and I passed the examination in the Second Division,” he explained.

Buhari said although the ruling party might want to wish this away, the issue in this campaign could not be his certificate which he obtained 53 years ago, saying that the issues were the scandalous level of unemployment of millions of young people, the state of insecurity, the pervasive official corruption which has impoverished the people and the lack of concern of the government of anything other than the retention of power at all costs.