Buhari Declares His Return Will Be Determined By Doctors 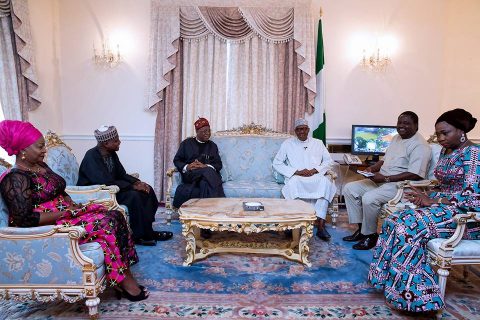 BALTIMORE, MD (AFRICAN EXAMINER) – President Muhammadu Buhari has declared that the date of his return to Nigeria is in the hands of his doctors.

Buhari said this when a delegation of his Media and Publicity team led by the Minister of Information and Culture, Alhaji Lai Mohammed visited him in Abuja House, London.

While confirming that there was tremendous improvement in his health, the President noted ” I’ve learnt to obey my doctor’s orders, rather than be the one issuing the orders. Here, the doctor is absolutely in charge.”

Buhari’s Special Assistant (SA) on Media and Publicity, Mr. Femi Adeshina in a statement stated that when the team expressed delight at the much improved of his health, the President retorted: “I feel I could go home, but the doctors are in charge. I’ve now learnt to obey orders, rather than be obeyed.”

Adeshina said Mr. President was amused on different conjectures being made about his health, as well as confirmed that he followed events at home closely, lauding Nigerian mass media generally, for keeping him informed.

Similarly, when told that prayers were going on fervently for him, not only in Nigeria, but all over Africa, and round the world, the President according to his aide said: “What we did in The Gambia early this year fetched us a lot of goodwill on the African continent. It gave us a lot of latitude. I thank all those who are praying. May God reward them.”

President Buhari, the statement indicated sent appreciation to all Nigerians, expressing hope that he would be with them soon.