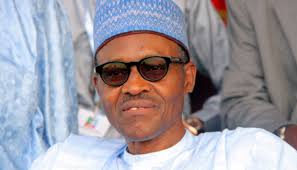 By Ayo Balogun – Contrary to his earlier decision not to interfere in the process of choosing the leadership of the National Assembly, President Mohaamadu Buhari has summoned the meeting of the APC members and senators-elect with the aiming of resolving the raging row that has torn the party apart in past weeks.

The division in the party further deepened when the National Working Committee meeting of the APC elected Ahmed Lawan from Borno state as their Senate President candidate and Femi Gbajabiamila as the speaker candidate for the House of Representatives.

As a result of the crisis, members of the People’s Democratic Party (PDP) could hold the ace as they have since endorsed Bukola Saraki as their candidate for senate president and Hon. Dogara as their speaker candidate.

African Examiner gathered that PDP members have vowed to work against the interest of APC chieftain Bola Tinubu, sponsor of the Lawan/Gbajabiamila project, as a payback to the role his APC members played in installing Aminu Tambuwal as speaker against the PDP preferred candidate.

President Buhari is expected to inaugurate the 8th national assembly today (Tuesday). Also, the new leadership that will steer the ship of both chambers for the next 4 years will be elected shortly after the inauguration.

However, reports reaching African Examiner, says the president’s meeting with APC members-elect may have resulted in the postponement of the inauguration. Our correspondent said as early as 7 am today Tuesday, armed policemen locked down the assembly. Staff and guests were denied access into the complex.