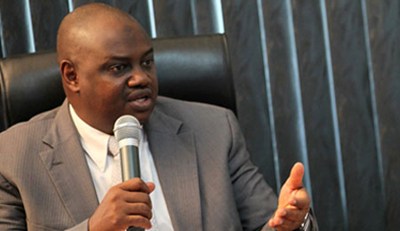 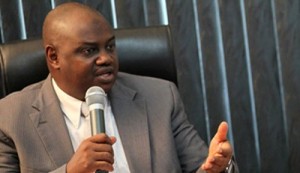 The fraudsters, who specialize in breaking into the computer data base of financial institutions, in order to carry out dry posting of funds, were arrested in Lagos and Jos.

Their arrest comes on the heels of a petition which the Commission received from Union Bank of Nigeria Plc, Marina, Lagos sometimes in January 2013, alleging that a criminal attack had been launched on its data base known as “Flexcube”, by unknown criminals who falsified the bank records and accounts and created unjustified huge opening balances in several accounts across the bank’s branches and subsequently transferred funds from those accounts to several accounts in other banks.

The petition, which was signed by one A.F Olufade, Head of Fraud Investigation at the bank, said cash withdrawals and electronic transfers totalling over N2.05Billion was involved in the scam.

Upon receiving the petition, the Commission’s Banks and Other Financial Institutions Fraud section swung into action.

Investigations by the Commission however revealed that Isaiah Friday, who was carrying out computer system maintenance services for one of Union Bank branches in Jos on a part-time basis paved way for the fraudsters to penetrate the bank’s database. Friday was traced and arrested. His arrest led to the arrest of Azaaior Samuel.

Investigations further revealed that Mahmoud, who is the mastermind of the fraud with others now at large, had approached Samuel if he knew anyone working with the Union Bank.

Samuel gave Friday’s contact and Friday was contacted. They told him they needed access to the bank’s database in order to carry out some postings. They promised to give Friday N1, 500,000 (One Million Five Hundred Thousand) if the deal succeeded.

Friday obliged and on the day the crime was committed, Samuel disguised as a colleague of Friday who had accompanied him to work in order to gain access to the bank’s premises. They carried out the postings to six different company accounts domiciled in Union Bank’s Marina branch in Lagos.

The postings were carried out and the syndicate thereafter went to the bank to draw all the funds. Friday was paid as promised and other syndicate members now at large shared the remaining balance.

Other items recovered include: furniture worth N10 million from Salihu Liman’s one bedroom apartment in Yaba, Lagos, four vehicles, landed properties in Kano and Kaduna and a four bedroom duplex worth N45 million in Lagos.