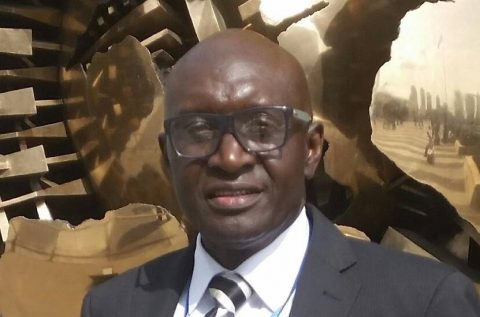 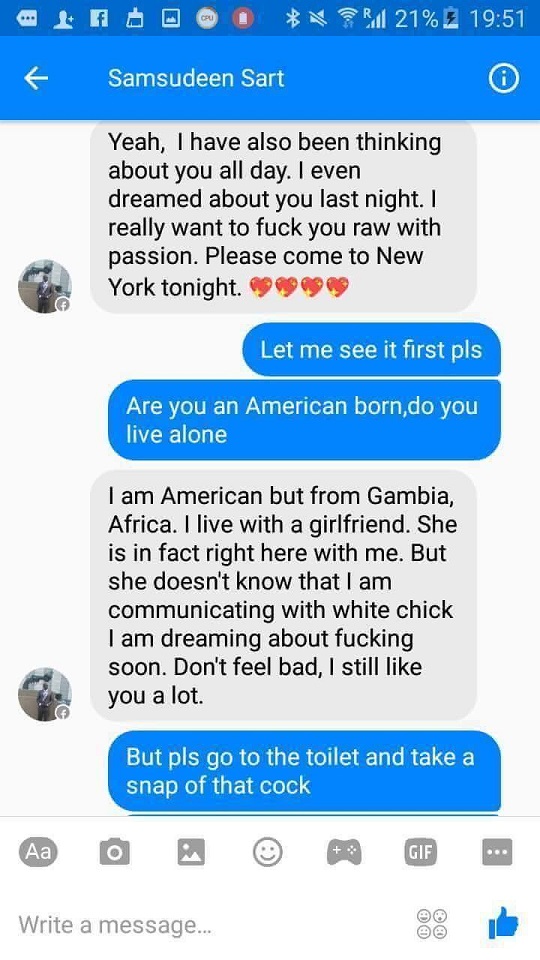 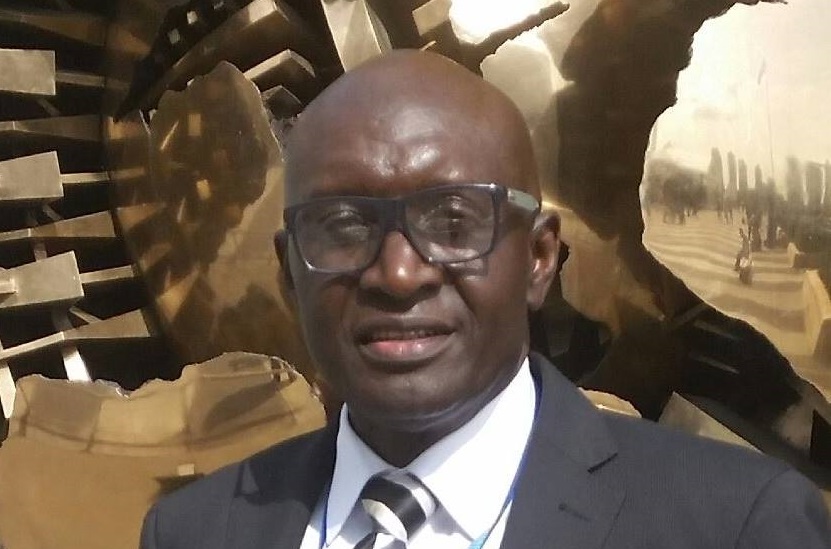 Sart replaces Dr. Mamadou Tangara who was sacked last month by President Jammeh for not supporting his decision to remain in office.

The Gambian ambassador, who has been allegedly fingered to be one of the advisors behind President Yahya Jammeh’s refusal to accept December 1. Presidential election defeat, was said to be sending series of dirty messages to Sarah.

In the text messages copied and sent to African Examiner, Mr Sart invited Sarah to fly to New York for a night of unforgettable experience with black power.

He also boasted how he will bang Sarah “blue” in the dimmed street of New York in the cold.

Efforts by African Examiner to reach Mr Sart for his comment were not successful.

Below is one of the text messages between Mr Sart and Sarah.

More to be uploaded…