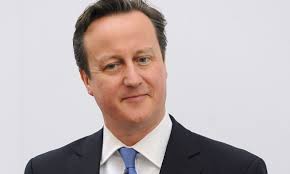 BALTIMORE, MD (AFRICAN EXAMINER) – Outgoing UK Prime Minister Mr. David Cameron will today (Wednesday) is currently being fielded with his last questions in the Commons, after which he will head to Buckingham Palace to tender his resignation letter to the Queen.

Cameron was hopeful and in high spirit. He said: “As I leave today, I hope that people will see a stronger country. It has been a privilege to serve the country I love.”

He speaks further: “I came into Downing Street to confront our problems as a country and lead people through difficult decisions so that together we could reach better times.
“As I leave today, I hope that people will see a stronger country, a thriving economy, and more chances to get on in life.”

The PM after his exit is to be replaced by the Energy Secretary, Mrs. Theresa May. She is to name her own frontbench team after Cameron’s hand over.

The contest began when Mr. Cameron, who has been PM since 2010, announced he would step down after losing the EU referendum in June.

Mr. Cameron has however indicated that he would continue as MP for Witney in Oxfordshire. After his resignation, Mrs. May will make a visit to Buckingham Palace, where she will accept the Monarch’s offer to form a new government.

She will after return to No 10 as the country’s second female PM. It would be recalled Margaret Thatcher was the pioneer UK female PM.

Mrs. May is expected to briefly address the nation before getting down to the work of putting together her government – with key appointments set to be announced as early as this evening.

She is expected to unveil her full ministerial team over the next couple of days, with the focus on the key positions of chancellor and foreign secretary as well who will be in charge of leading the #Brexit negotiations.