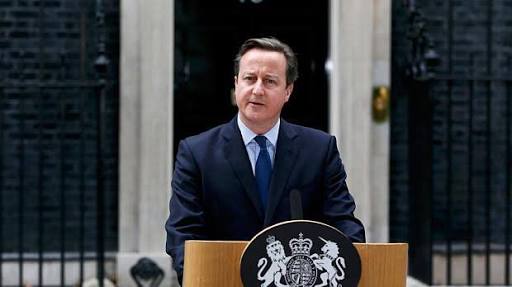 The former PM who was flanked by his wife and children in Downing Street while addressing the world press, again affirmed that the UK was “much stronger” than when he took over.

He had tendered his resignation to the Queen, who will formally appoint Mrs.Theresa May as his replacement.
Cameron earlier Wednesday took his last questions in the Common, amid applaud. He acknoweledged he would “miss the roar of the crowd”.

After her formal appointment, Mrs. May, who until now is the Home Secretary, will set about naming her own frontbench team.

Theresa is expected to visit the Queen after Cameron’s resignation and address the country later today.