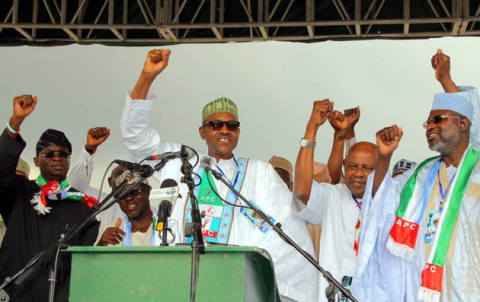 From Ganiyu Nasirudeen – A non-governmental organization (NGO), House-to-House Educational Initiative, has opted out of the incumbent President Goodluck Jonathan’s campaign train but instead pledges to rally support for Gen. Muhammadu Buhari (rtd) in the 2015 Presidential contest.

The group’s National Coordinator, Mr. Kunle Ehinlanwo made this known to public Tuesday, at a press briefing in Abuja. 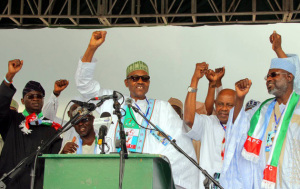 The group revealed despite its initial plan to support President Jonathan as it did in 2011, has backed out in his re – election bid, after a “deeper review and careful analysis of the situation in the country” which the group declared it was not convincing and fell below expectation.

Ehinlanwo who confirmed the group would take its campaign to all States and local government areas in the country, specified “We have consequently decided to throw our support in favour of General Muhammadu Buhari, the Presidential candidate of the All Progressives Congress (APC), who, we are convinced, is a better man for the challenging job”.

The group added : “For the record, our organization is engineered and powered by concerned citizens and patriotic volunteers throughout Nigeria to achieve this common objective.

“We are concerned about the future of this great nation buffeted by bad leadership. We have, therefore, taken the bull by the horn to do our honest bit in the quest for change.”

House-to-House Educational Initiative according to its National leader, was solely formed to promote good governance and pro-poor policies through national dialogue and intervention on issues of national development and till date, affirming that it has taken many steps towards achieving its goals.

The tools the group uses to achieve its set goals Ehinlanwo itemize included: use of sensitization and awareness as drivers of development, adding that it has recently started beaming its searchlight on political development, to see how it could work with the Nigerian people and other partners to grow the “nation’s democracy and its processes.’’