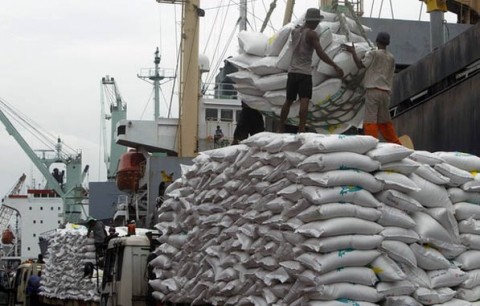 BAYELSA, NIGERIA (AFRICAN EXAMINER) – Nigeria is progressing in planting and harvesting of rice, such that further importation of the product will end early 2017, while exploration will be made possible.

Mr. Okoroafor who urged the south south residents to stop over dependence on crude oil, confirmed that his team has visited Anambra, Niger, Jigawa, Kebbi, Sokoto, Cross River and Ebonyi, so as to ensure that the scheme is not another talk show.

He indicated that they witnessed rice being harvested, and that the rate the process was ongoing, the result has surpassed the projections for the ougoing year.

“By the end of 2017, Nigeria will not only meet our national demands which is between six and seven tonnes per year, but we will exceed it that we will have rice to export to other countries’’, Okoroafor assured.

He restated that with the level of progress recorded so far, through the CBN agricultural financing policies, the country would begin to export rice next year.

The apex Bank mouthpiece recalled that the CBN pilot programme which was launched by President Muhammadu Buhari in March in Kebbi State, started with 78,000 farmers, who cultivated an average of one hectare of land space.

He explained that the scheme was to enable farmers to plant three times per annum, in two dry seasons; and one rainy season cropping.

Mr. Okoroafor told the farmers that Ebonyi State was expected to produce over 1.2million tonnes of rice in one year, adding that the South east State is presently harvesting; milling and bagging rice, while customers have started making Christmas orders.

He stated that Nigerian rice is more quality and organic than the imported, expired and chemical rice, which are imported from Vietnam, Thailand and India.