Chibok Girls: “Some Of The Girls May Never Return” Obasanjo 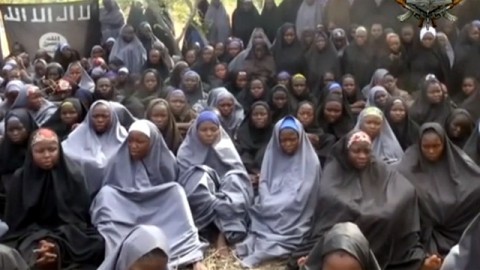 Former President Olusegun Obasanjo has disclosed that some of the school girls abducted in Chibok, Borno state by Boko haram sect in April 2014 may never return to their family.

Obasanjo stated this on Thursday in an interview on the Hausa Service of the British Broadcasting Corporation, monitored by African Examiner.

Obasanjo, who ruled Nigeria from 1999 to 2007 as democratically elected president said he had a communication link with the sect, expressing the fears that the  more than 200 abducted girls might never return again.

“I believe that some of them will never return. We will still be hearing about them many years from now. Some will give birth, but if they cannot take care of them in the forest, they may be released.” He said

The former president hinted that he could reach out to the violent Islamic sect, Boko Haram, over the abduction of more than 200 schoolgirls by the sect, but regretted that the Federal Government had yet to give him the go ahead.

He said the terror group might release some of the girls that might be pregnant and finding it difficult to cater for the babies in the forest.

Obasanjo however said  that the girls might have been divided into groups and not likely to be at the same location.