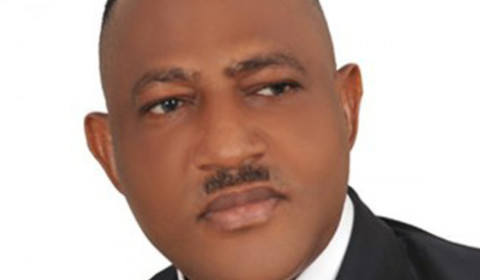 A battle line between Governor Sullivan Chime of Enugu state and members of the National Assembly (NASS) from the area, appears to have been drawn as the Senator, representing Enugu east senatorial district, Gilbert Nnaji, has boasted that the governor cannot stop any of them from seeking 3rd term in office. 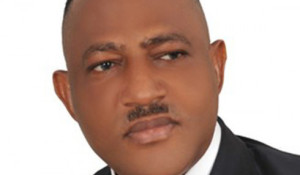 African Examiner reports that there has been rumour of cold war between Chime and  the state NASS members for some months now, following the  governor’s recent pronouncement that there will be no third term for all serving 2nd time  federal law makers from the state.

The Governor, had during a meeting of Peoples Democratic Party, PDP, stakeholders few months ago, insisted that lawmakers who had served two or three terms would give room for others.

As if that was not enough, the chairman of PDP in the State, Engr. Vita Abba had also on Wednesday during the party’s local government election campaign rally at Nkanu East council area declared that federal lawmakers from the area had not done enough for the people.

Abba, specifically mentioned the road linking the Enugu east headquarters and  Nkanu West, a development that was also condemned by Governor Chime, who said the road was an embarrassment to him and the state.

The uncompleted road is one of the projects attracted to the Senatorial zone by the federal lawmakers from Enugu east district, but speaking to newsmen in Enugu Thursday, Nnaji, who is the chairman, senate committee on communication, declared that no individual including Governor Chime, has the power to stop any political office seekers from do so, apart from the electorate.”

He said, “there is no gap between Abuja politicians and our Governor; if the Governor said that lawmakers are not going back for 2nd or 3rd term, it is for the people to decide. It is only God that gives power; it is not man.

“We believe we have done well, so, when we place our score card on the table, people will see what we have been able to do” Nnaji stated

On the road issue, Senator Nnaji said, “I want to put it clear to everybody that we only appropriate in the NASS, we have provided the money in the budget, you saw when Honourable Peace Nnaji said at the rally that N2 billion has been earmarked for that road.

“So, we have separation of powers, we can appropriate but we cannot implement; our problem some times is that when budget has been passed the presidency will start doing selective implementation.

“We have also discovered that some Governors used to visit Abuja and follow-up their projects in the budget, so our Governor, is supposed to come up, if he joins us and we go to the ministry involved, something will be done urgently”. He said