Christmas And Its Pondering In the 21st Century

By Prof R. A. Ipinyomi

The birth of Jesus Christ, the reason for Christmas, is specially recorded in the scriptures for our study, instruction and understanding in the spiritual and secular world.  Matthew reported that after Jesus’ mother Mary was betrothed to Joseph, before they came together, she was found with child of the Holy Spirit. Then Joseph her husband, being a just man, and not wanting to make her a public example, was minded to put her away secretly. But while he thought about these things, behold, an angel of the Lord appeared to him in a dream. In Luke we read the Christmas story as the shepherds came running and found the baby Jesus and revealed what the angels had announced to them in the field. Then Mary “pondered” all these things in her heart. In Matthew’s account, we learn that Joseph had some “pondering” of his own, a pondering of a different sort.  Joseph was betrothed to Mary. Legally, it was more binding than what we would today call an engagement, but they were not yet living together as husband and wife, as the marriage had not yet been consummated. But one day, while Joseph was making his plans and preparations, he suddenly learned some very disturbing news. Mary, Joseph’s wife to be was pregnant and he was not the father. Adam or Eve had no parents, not even a mother. God is almighty and can do anything, even the impossible ones to nature. 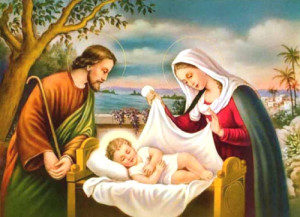 Meanwhile Joseph was shattered. The life he was preparing would now not take place. His dream was irreparably broken. He turned the matter over and over in his thoughts, at nights in his dreams until his head was in hard tension with his heart. He was bewildered. Had Mary betrayed him? It certainly seemed that way to him because he had not yet realized that the child she carried inside her was of the Holy Spirit. He considered what he must do. The choice before him was not whether to continue the marriage. It was a foregone conclusion that he would not. The only decision was whether he would allow Mary to be subjected to public disgrace. But he was a “just man,” a man who understood something about covenant love, and he was not willing for her to be openly shamed.

Hence he wanted to divorce Mary quietly. Just sign the papers and walk away. But while he was “pondering” these things, he had a dream. An angel of the Lord came to him and said, “Joseph, son of David, do not be afraid to take to you Mary your wife, for that which is conceived in her is of the Holy Spirit. And she will bring forth a Son, and you shall call His name Jesus, for He will save His people from their sins.” It had been written in the book of Prophet Isaiah that a virgin would be pregnant with a son to be called Emmanuel, “God with us”.

Joseph would have studied the scriptures but might not have known that it would involve him at the time.  Joseph’s pondering is therefore expected naturally. This is our pondering too at individual, family, community or national levels when we have hard choices to make. Do we listen to the society whose moral standard is already at Sodomised level or seek a divine opinion rather than just being religiously looking morally a just man? Because Joseph was able to listen to the voice higher than him and gave himself a good pondering he became famous for it. Jesus did not need Joseph to be born but Joseph needed Jesus to have a breakthrough, be recorded and be renowned. He needed the company of Jesus’ birth, growth and his radical Good News ministry in his life. This is the beginning of Christmas that the World has a Saviour born on Christmas day.

When Jesus came he told the world that he was the door. He said, “I am the gate, whoever comes in by me will be save. He will come in and go out and find pasture.” We have many lessons from this saying quoted from John 10 verse 9. The four basic lessons are salvation, power to go in, power to come out and the ability to find pasture.  It should gladden the manslayers, the liars, home breakers, office and highway arm robbers, all fugitives and slaves to sin, that we can pass the gate of the city of refuge and be saved. Everyone redeemed shall have the privilege to go in among children of the divine family as joint heirs with the victorious Jesus. We shall go out daily to our labour but now in the power of the conquering Jesus. We shall find pasture because whoever knows Jesus shall never lack. These are some of the basic reasons for the celebrations. Commercial activities, traditions, opportunity to have holidays and end of year get-together and general secularisms may have eroded the Christmas events but Jesus remains the reason for the celebrations.

So we should enjoy Christmas with our loved ones and let them know that Christmas is about Jesus, our Lord and Saviour. Let them know it’s His birthday and not ours. So let’s celebrate Jesus! I pray that every child will at least get one or two gifts for Christmas, and I pray that they will have a big Christmas dinner and enjoy themselves on this blessed day. We ought to be thankful to see another Christmas. As this year, 2013, comes to an end and 2014 is just around the corner, let’s start being more loving and sensitive towards one another. There are so many people that want to be loved, but they don’t know how to show love so we as Christians need to show more love to those who don’t know Jesus. In fact, we need to be more like Jesus! Jesus showed love to us when He came to this earth from Heaven to teach how to love one another. So this Christmas let’s think more about Jesus than we do about spending money on presents that we can’t afford. Ponder no more because Jesus is the reason for the Season.

Our dear country or world  is in a big distress right now especially from politicians, religious leaders, academicians and individuals whose personal pursuits are self centred rather than love for the country, for humanity or been accountable enough. We need a divine pondering that will take us beyond our abilities and where we would never have been with our limited and infinitesimal efforts. The power of resurrection in Christ Jesus can transform an individual or a nation from the grave to heaven and from mere mortality immortality. This is the choice an individual should ponder about, receiving the enabling power from above or slaving away on our little effort tilling the cursed and polluted grand.