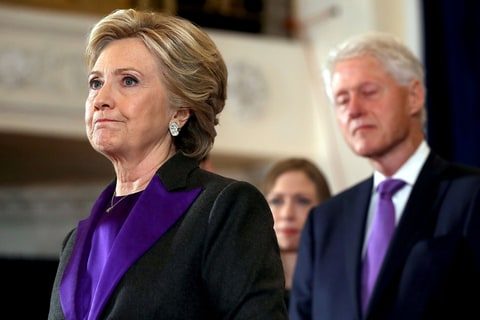 BALTIMORE, MD (AFRICAN EXAMINER) – Defeated Democratic Presidential candidate, Mrs. Hillary Clinton, Wednesday urged Americans to give US President-elect Mr. Donald Trump a chance to lead.
In her first public appearance after the defeat, Mrs. Clinton expressed hope that Mr. Trump would be a successful President for all Americans.

“We have seen that our nation is more deeply divided than we thought,” the Democratic candidate noted.
In line with this, Mrs. Clinton urged her supporters to respect the election result, saying the constitution enshrines the peaceful transition of power.

“I’m sorry that we did not win this election for the values we share and the vision we hold for our country.’’

“We have still have not shattered that highest and hardest glass ceiling. But some day, someone will’’ Mrs Clinton told her supporters in her address in New York.

Earlier in the day, President Barrack Obama congratulated Trump, inviting him to the White House to plan a smooth transition.

Mr. Trump is the 45th US President. The election was considered as one of the rancorous and divisive Presidential poll in the US democratic history.